BlizzCon 2019 is a wrap! Whether you joined us in person or tuned in from afar with the Virtual Ticket, we hope you enjoyed forging new friendships, watching exhilarating esports battles unfold, and admiring your fellow players’ craftsmanship. Thank you for making this a memorable weekend and helping us ring in a BlizzCon for the ages. Check out some of the highlights below. 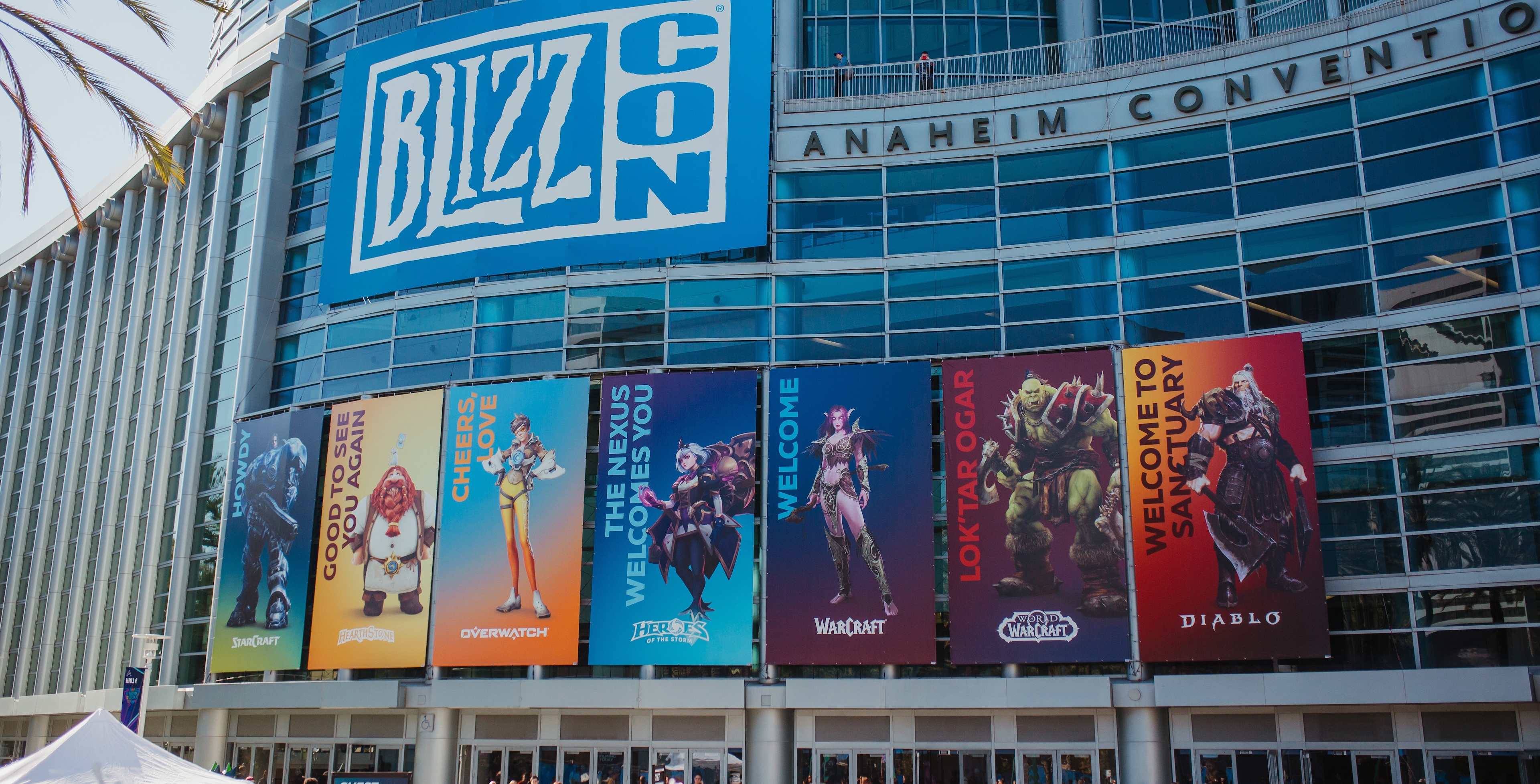 Darkness has returned to Sanctuary in Diablo IV, the newest installment in the Diablo series, and unspeakable horrors await the few that dare to brave the shadows. Delve into dungeons, slaughter hordes of demons, discover legendary treasures, and explore a bleak and shattered hellscape in this action-packed RPG.

As Null Sector and Talon launch attacks around the globe, it’s up to the heroes of Overwatch to answer the Recall and push back against the onslaught of threats. Overwatch 2 takes the fight to new locations and introduces co-op Story Missions and Hero Missions, evolving the world and challenging players to team up and stand together in a new era of crisis.

The veil between life and death has been torn asunder in Shadowlands, the latest expansion for World of Warcraft, and the way into the afterlife lies before the champions of Azeroth. Align yourself with one of four Covenants and fight alongside legends of the past and present to preserve the cosmos and restore balance to the beyond in five new zones.

Choose your side and soar into the skies in Descent of Dragons, the latest expansion for Hearthstone. Bolster your deck with 135 new cards and invoke draconic power as you embark upon side quests and take wing to face down Galakrond, the father of all dragonkind.

An all-new and free way to play the raucous digital card game, Hearthstone: Battlegrounds is an eight-player auto-battler mode with 24 unique heroes that doesn’t require a card collection. Recruit minions, strategize to create the perfect formation, and brawl in the Battlegrounds starting on Tuesday, November 12.

Deathwing, the newest addition to the Heroes of the Storm roster, descended upon BlizzCon in playable form, allowing players to rain death and destruction upon the Nexus and experience the Worldbreaker’s cataclysmic power in action.

Players were able to experience Warcraft III: Reforged firsthand, clashing on the battlefield as two of the game’s most iconic races: Humans and Orcs. BlizzCon attendees and Virtual Ticket holders will be able to join the ongoing multiplayer beta test this month.

Arcturus Mengsk, the Emperor of the Dominion, entered the fray as a new co-op commander in StarCraft II. Mengsk unleashes highly unconventional battle tactics, outfits Troopers with valuable weaponry, and dominates conflicts with the might of his elite Royal Guard.

BlizzCon attendees had the opportunity to check out Diablo Immortal’s Demon Hunter class, and carve a path through new open-world zones like the town of Wortham and Ashwold Cemetery.

Top competitors from around the globe battled it out on the BlizzCon stage, bringing a year of esports competition across Blizzard’s franchises to an epic conclusion. We’d like to extend special congratulations to those that emerged from the fray as champions, as well as all the competitors. 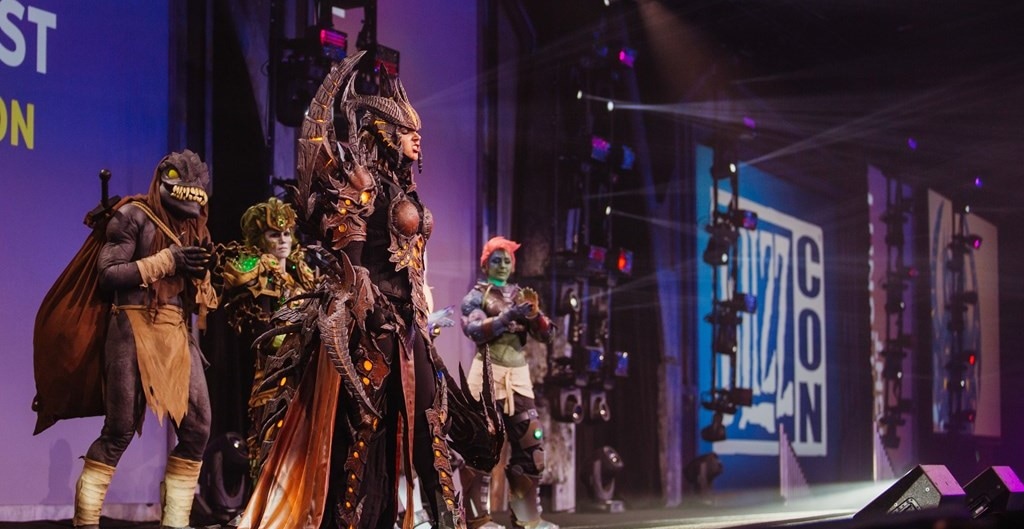 The community’s talent and commitment never fails to wow us, and this year’s Community Night was yet another testament to their hard work and artistry. Here are just a few of the contest winners; we’d like to extend them a big round of applause for their creativity and craftsmanship:

Thank you to all who came out to show off their skills and show their support!

Let’s Pump Up the Volume

It wouldn’t be BlizzCon without some epic entertainment, and our guests this year put on some unforgettable performances. Haywyre, Fitz & The Tantrums, and The Glitch Mob brought the BlizzCon festivities to a close by rocking multiple stages during the closing ceremonies. We hope you enjoyed the rhythm and revelry—we sure did!

Thank you, again, for coming out to celebrate with us and making this BlizzCon our best yet! 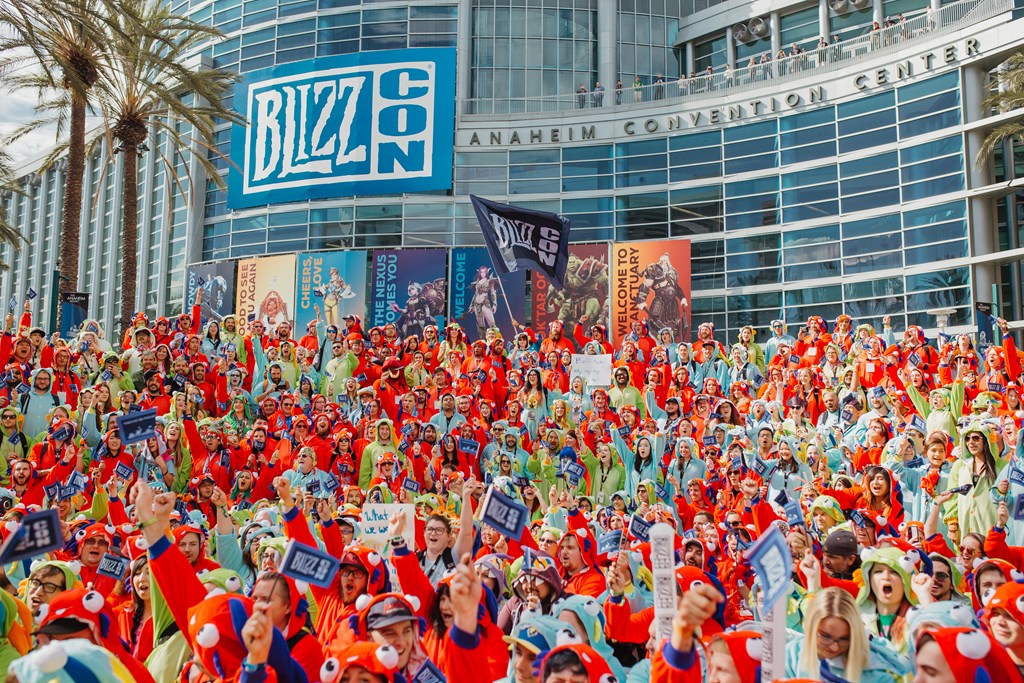