Before We Explore the Catacombs, We Meet at the Inn-vitational

As the sun sets on the first day of BlizzCon 2017, the music of the Hearthstone tavern continues to swell unabated. While attendees experiment with the new Dungeon Runs in the playtest space and get a first taste of the upcoming Kobolds & Catacombs expansion, the stage hums with the activity of the Hearthstone Inn-vitational—the extraordinary experience curated explicitly for this weekend.

A medley of talented professional players and commanding community personalities have been brought together for what is, as it turns out, a perfect blend of Hearthstone vibes. Everyone here agrees—from players to casters, first-time attendees to loyal enthusiasts—that HSI is an experience worth taking in. The range of matches, played across multiple formats, also ensures there's a little bit of something for everyone. We checked in on the action live to see exactly how it felt for everyone involved. 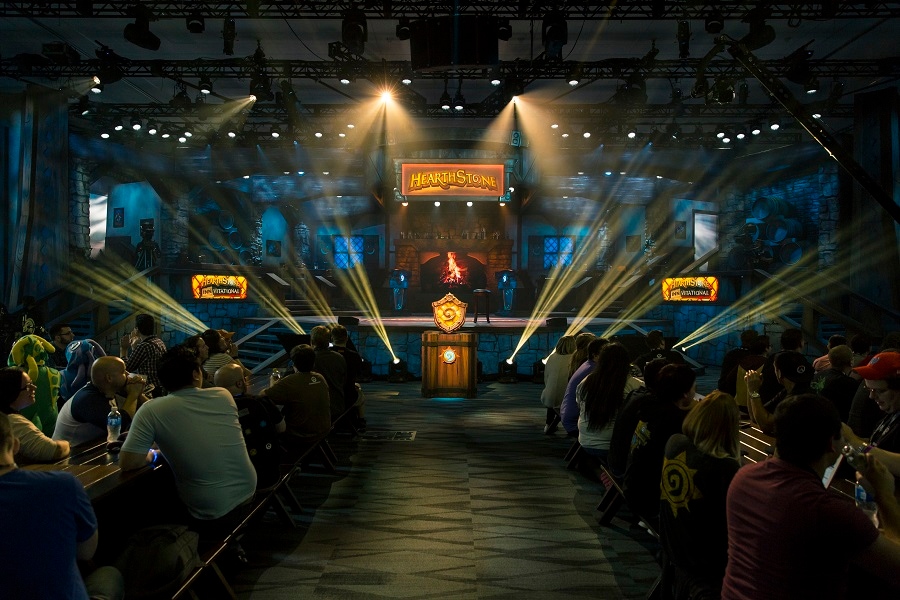 Andrey 'Reynad' Yanyuk is playing for the Grimestreet Grifters, and is massively appreciative of the BlizzCon crowd. His fans know him for his particular brand of sarcasm, and he naturally and effortlessly oozes svelte humor. As we ask him what BlizzCon means to him—opening by saying he's a well-known personality in the Hearthstone world—he quickly chirps, "I like to tell myself that." He sneaks in a barb about how his invitation must mean the developers don't watch his stream, but on the whole, Reynad has nothing but positive things to say about how flattering it is to be onstage at BlizzCon and here with his teams (he's also paying close attention to the HGC Finals, where Tempo Storm is competing in the top eight). 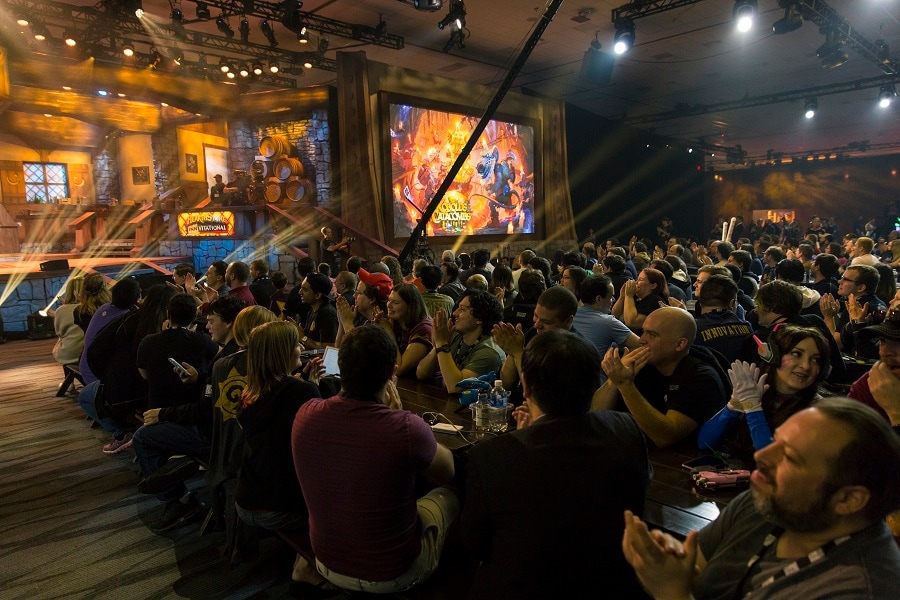 Pick a Format, Any Format

Friday's games are being played in three formats—Standard, Wild, and "Excavated Treasures." The latter is unique to the Inn-vitational: teams were given a partially constructed deck of 10-15 cards, and then required to fill it in with single, unique copies of additional cards of their choice. Deck-building skills were on display in all three formats, with the tiebreaker for most creative decks (the "Creative Inn-dex") going to the Big-Time Buccaneers—featuring Jeremy 'Disguised Toast' Wang, Anthony 'Ant' Trevino, and Allie 'Alliestrasza' Grace.

Matches are close, with all of the three-game series (where all three games are played regardless of outcome) being 2-1 splits. The Chillblade Crusaders—composed of David 'Dog' Caero, Dima 'RDU' Radu, and Alex 'NaviOOT' Ridley—look like early favorites, as somewhat anticipated by TJ Sanders. "They're the only team that has three hardcore competitive players," Sanders says. "I'm interested to see if they're gonna go full try-hard mode and get it done, or if they're going to struggle with the weird formats." 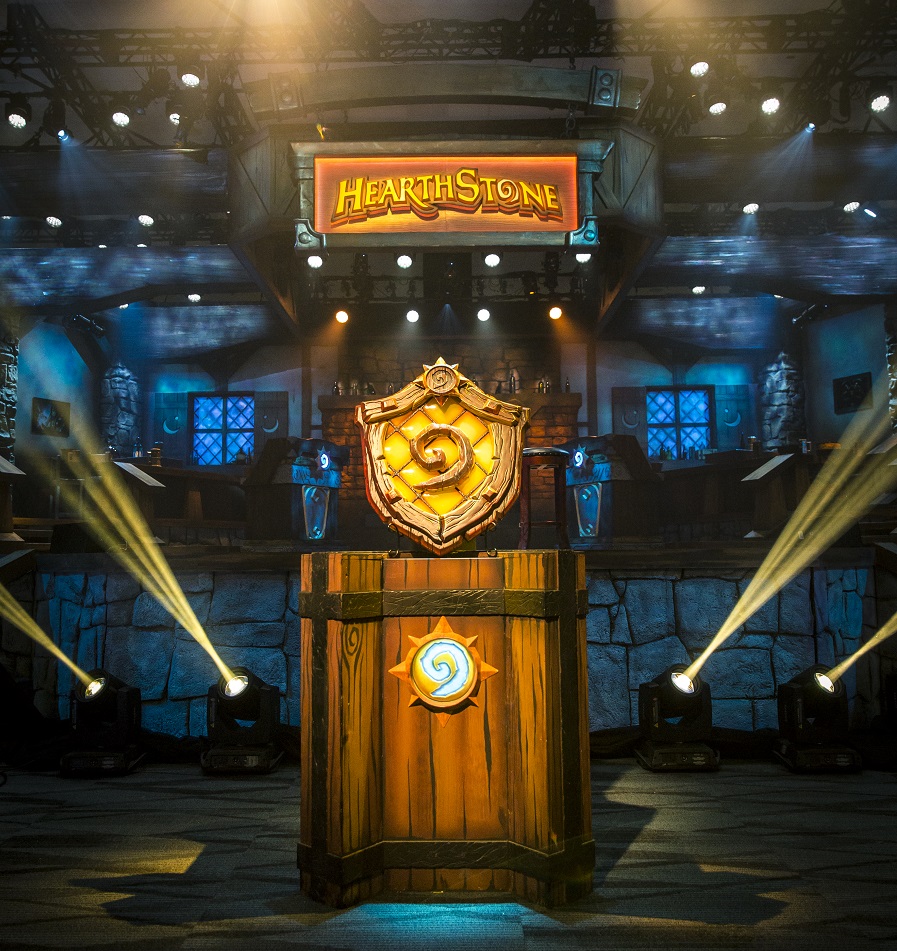 The casters periodically take a back seat as the audio flips to the three-player team's voice communications, and it's fascinating to listen as some of Hearthstone's most talented names discuss strategy. As a spectator, it adds a unique element to the already enticing team-play format, akin to the Hearthstone Global Games—only here, not only can you look at lines of play, but also listen to the ongoing debate between the players on either side of the stage.
An eager audience fills the seats closest to the stage, and they're thrilled to take in this blend of formats and a more mellow ambience. Rudy Garcia is front and center, and loving it. "I'm a huge fan of Hearthstone," he says. "For someone like me, seeing a friendly competition is amazing. It's great for the game. For the fans, seeing their idols having fun and going back and forth—you saw Disguised Toast doing a rap for Kripparian—that's great." Uproarious moments occasionally draw a larger reaction, but the hall remains a place of relaxed enjoyment and maintains a decidedly tame pace.

The Hearthstone Inn-vitational continues tomorrow with a surprise for our competitors! How are you enjoying the tournament so far? Which team are you cheering on toward the trophy? Let us know in the comments.