Every BlizzCon brings a fresh wave of epic cosplay from the Blizzard community. Alongside the awesomely intricate, ornate, and complex creations on display every year at the community night cosplay contest, there are other, more casual cosplayers who look for subtler and less time-intensive ways to weave their favorite characters or storylines into their BlizzCon look.

We caught up with some casual cosplayers during BlizzCon to hear about how they made their awesome outfits; their stories are below (edited for length and clarity). 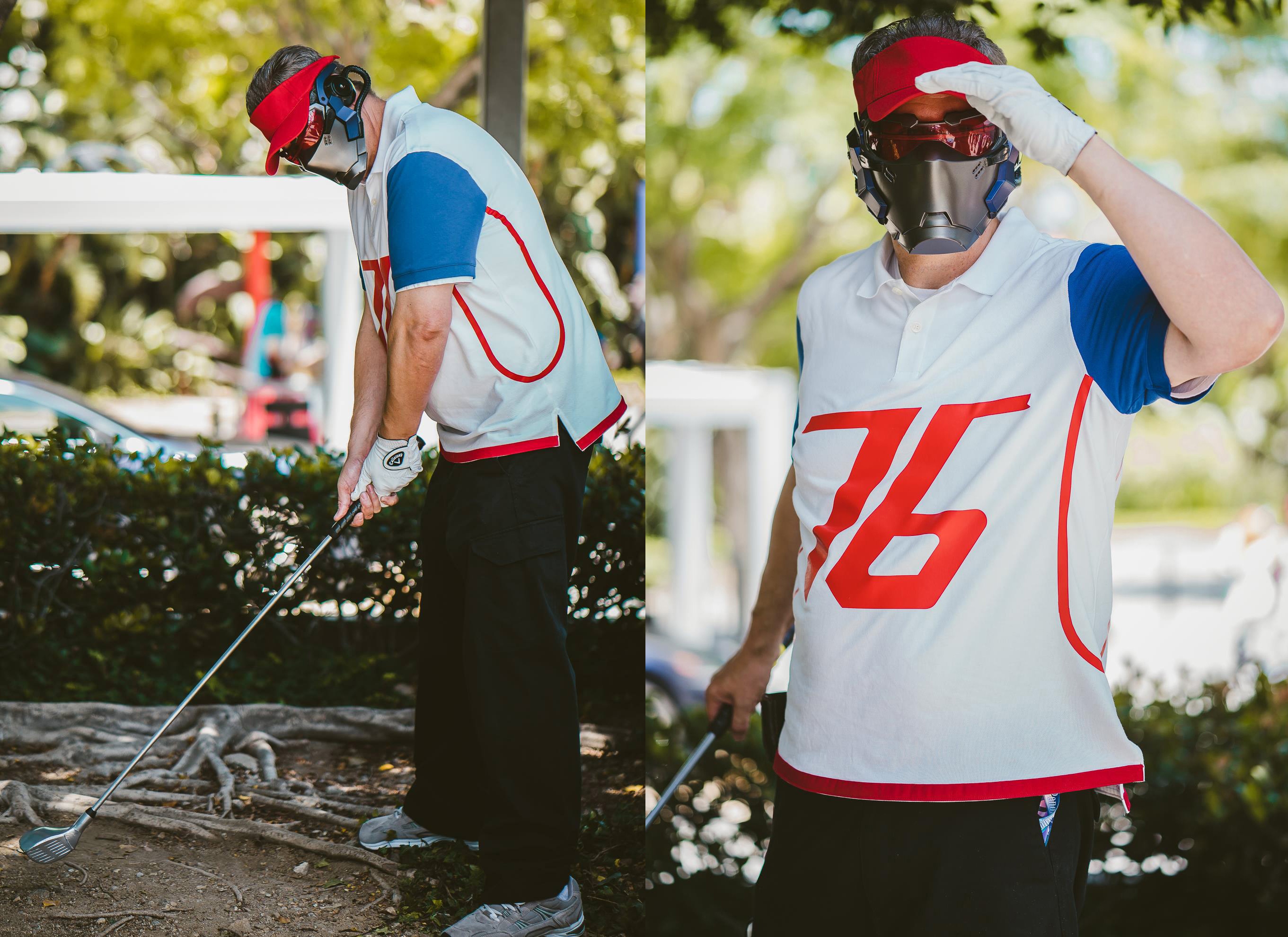 My casual BlizzCon cosplay is what I like to call, "Golfer: 76.”

It was inspired by the Overwatch Spray that shows Soldier: 76 taking a golf swing. I wanted an Overwatch themed costume that would be comfortable to wear, even on very hot days. I first wore it to Anime Expo 2018, with daily temperatures well over 100.

I combined the sleeves of a blue polo shirt with a white one, then added some red iron-on vinyl for the 76 and trim. I created a con-safe EVA foam golf club as well. 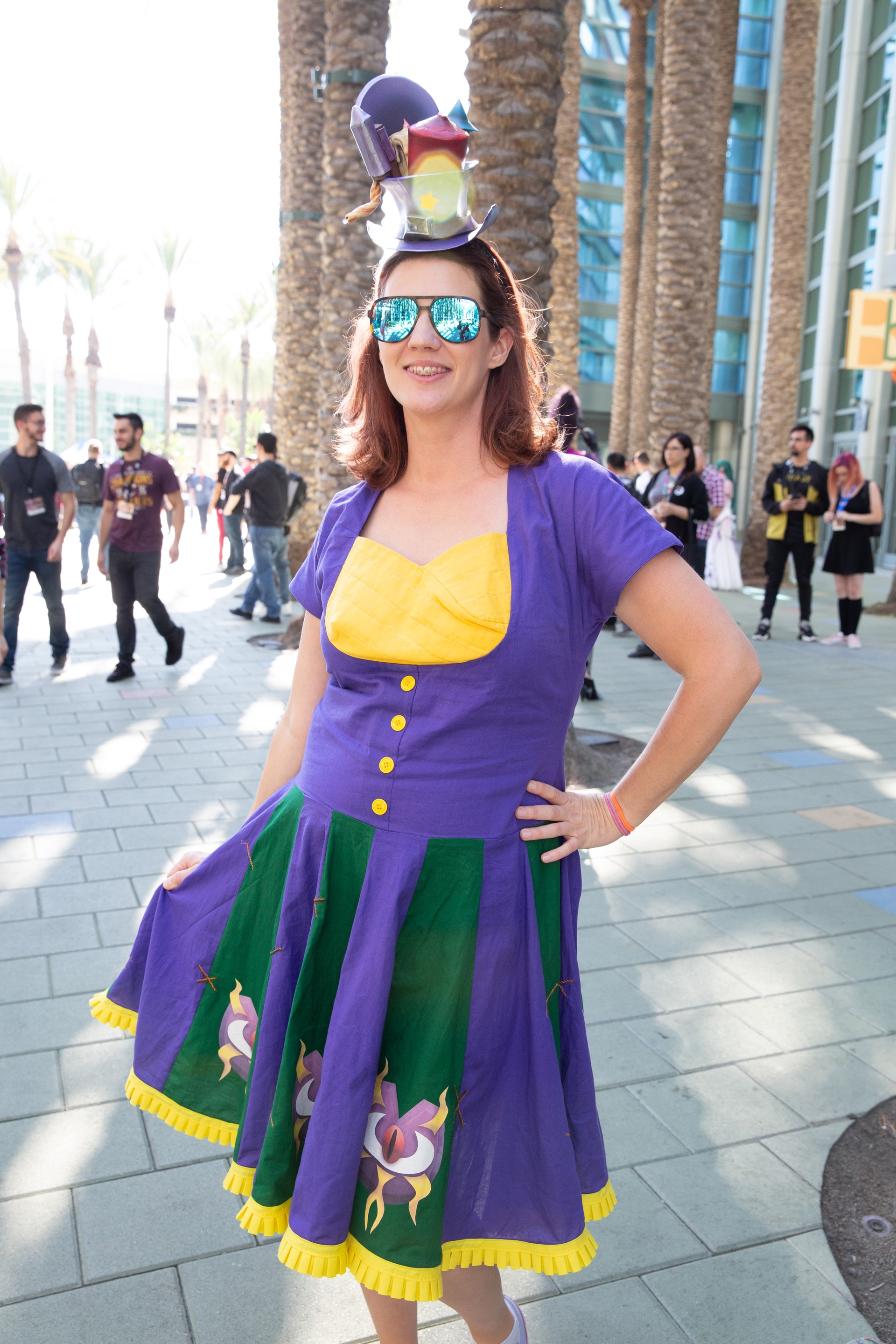 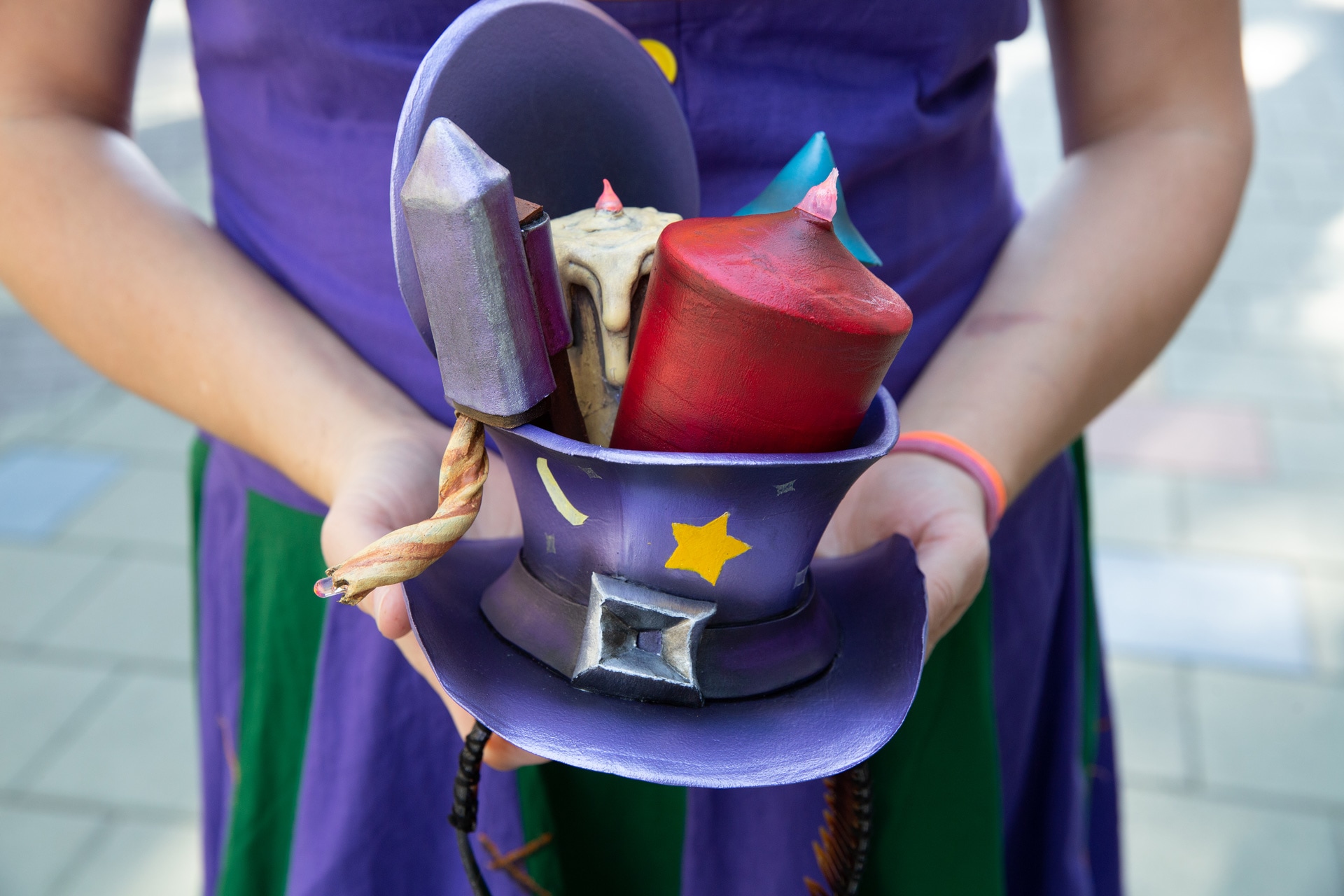 I first got into cosplay through my daughter two years ago. She really wanted to be Mercy for Halloween; she was only four but she was already playing Overwatch. At first I only let her play in the training mode, but eventually she said, ‘Mom, this is boring,’ so then I put her in custom games. I made my own outfit when she asked for Mercy so we could cosplay together.

This cosplay was partly inspired by the “Dapper Day” event at Disneyland and the way Disney employees dress up for it. My idea was: “What would you wear to the Darkmoon Faire?” 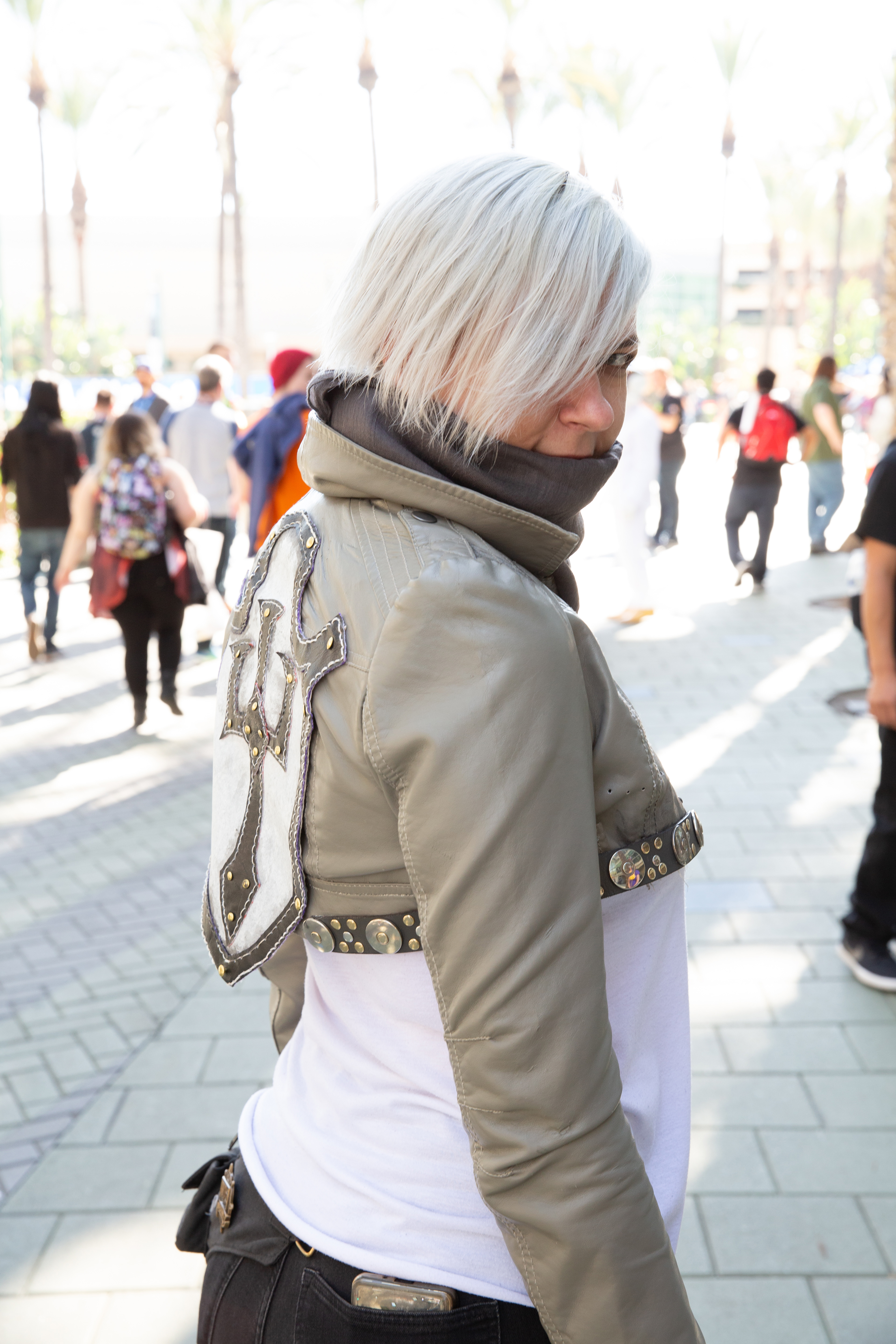 I’ve always loved Johanna. When she first came out, we had the same exact hair; we literally looked alike!

I love women in armor. She always felt like this really powerful, tanky, badass knight. My first really serious cosplay three years ago was as Johanna—I shaved my head for her! This year I wanted to do something simpler, with elements that referenced her armor like the scarf and the jacket. I thought it was something interesting and fun that nobody else has done before. 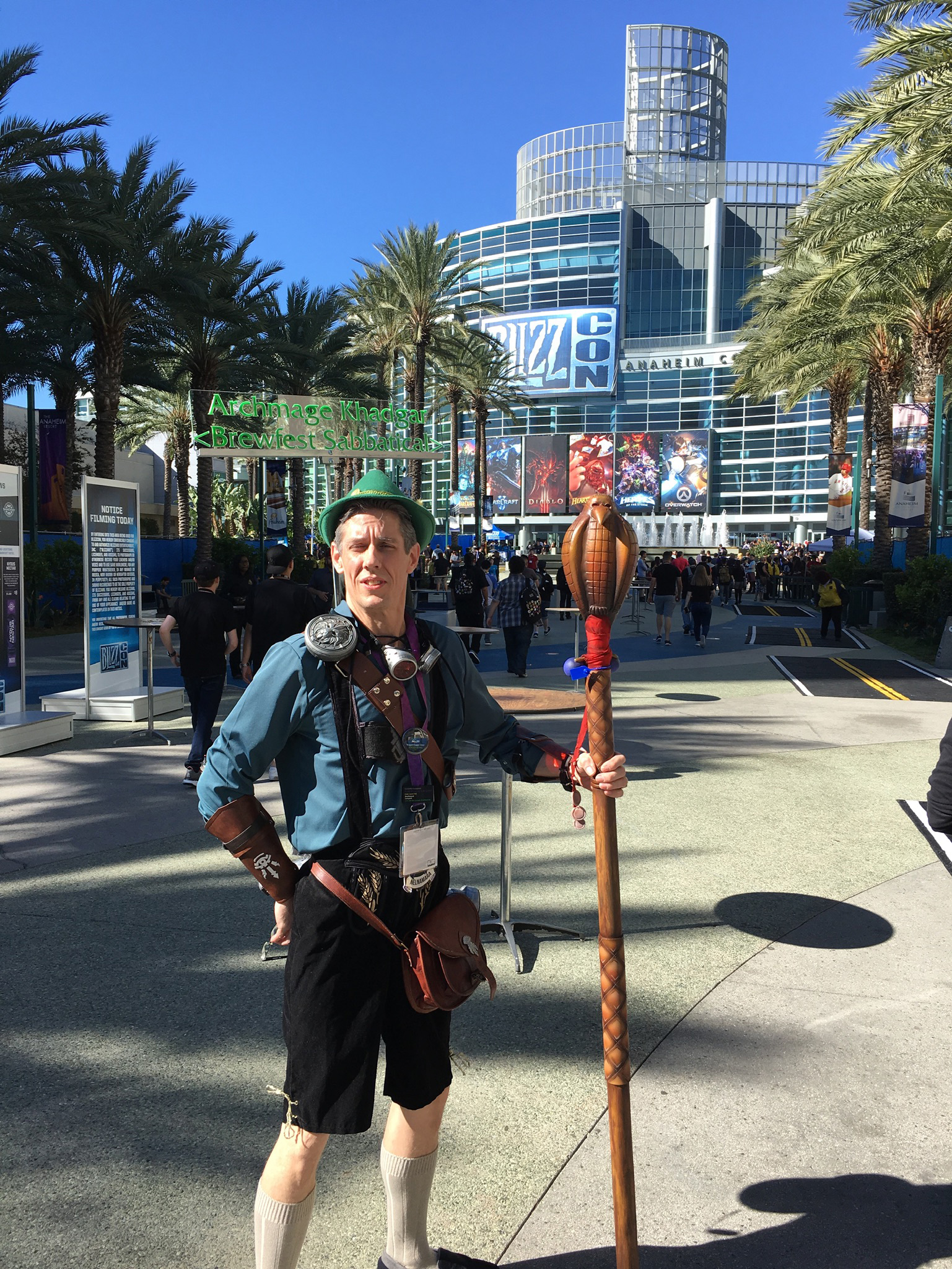 I’m getting married next year. The wedding is going to be Warcraft-themed, and I’d purchased a really nice Atiesh staff for that. This cosplay all kind of came up around the staff since I already had it.

I played Legion very heavily—I’m a Druid main, so the storyline fit very well. I thought that with everything Khadgar went through in Legion, it had to be very stressful for him, especially with Jaina being gone, so I decided that he took a vacation—a “Brewfest Sabbatical,” which is what I put on the nameplate.

I work at a school, so I had a flatbed laser cutter at my disposal to make the nameplate. I cut the letters out separately, painted them green, and set it above my head using a brace I made out of parts from an old Ikea bed. I also really loved working on the hat because there were so many screenshots of the in-game model available on WoWhead, they had it from every angle. 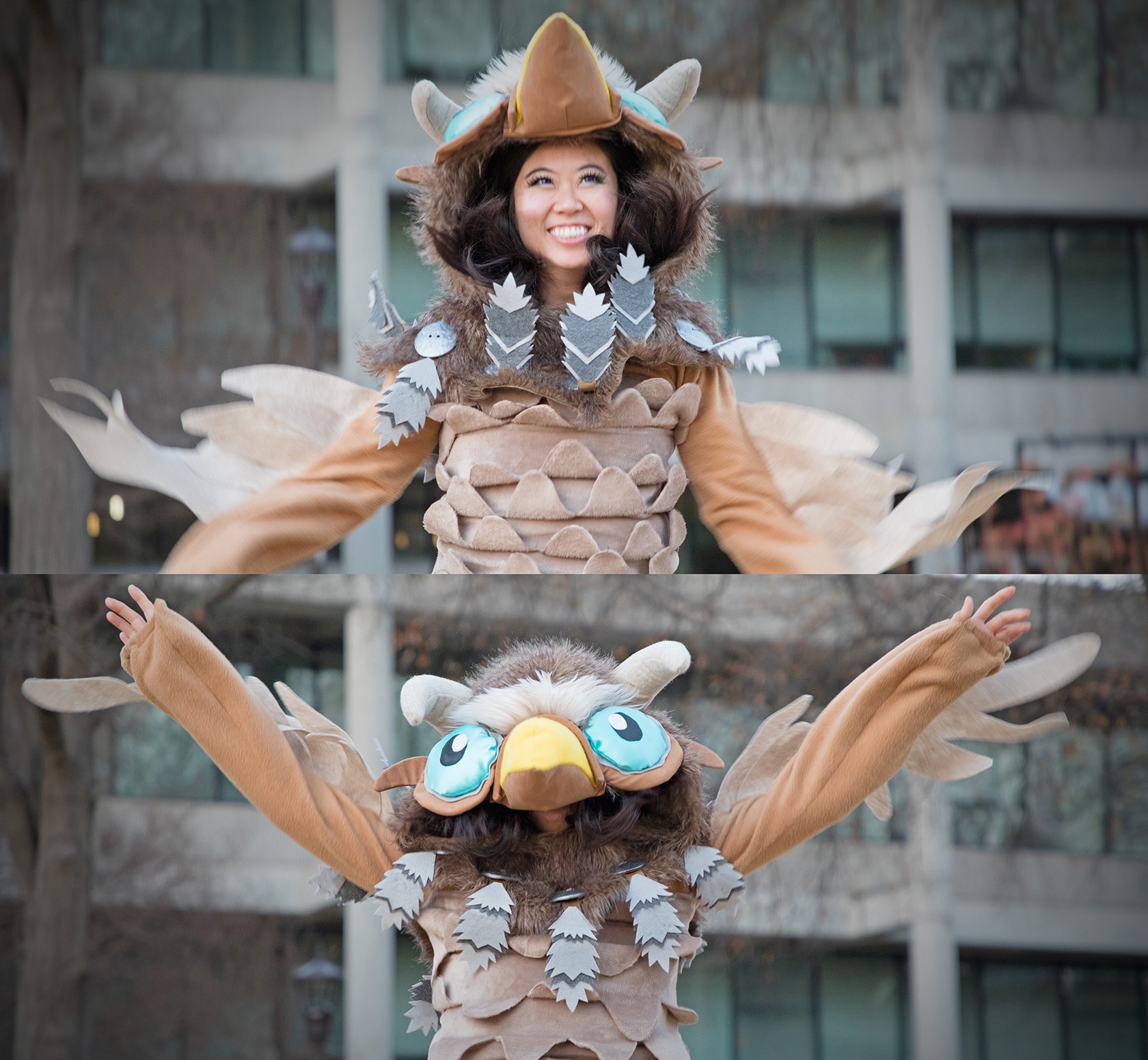 I made this boomkin hoodie and kigu. It's warm and comfy.  I’m bringing it to BlizzCon this year, but I also casually wear it around the house in the wintertime and scare the mailman and delivery drivers when I answer the door!