With BlizzCon coming up next month, we wanted to take some time to spotlight the Talent Contest finalists you might see performing live on Friday evening. The next act takes things to a whole new altitude with her high-flying aerial act. Meet Unleasha, an aerialist and composer who dares to take flight as the green Dragon Aspect, Ysera.

First, tell us a bit about your group and how you developed your act.

I am an aerialist and composer—and while this is a fruitful and exciting career, I rarely get to perform something I created. Generally I am given a costume and a character and directed in a certain way, so when I heard about the BlizzCon talent competition, I thought it would be a great venue to create something that truly inspired me.

I am a character aerialist, which means I specialize in characters and creatures—creatures being my absolute favorite. I choreographed this piece while simultaneously composing the music. In the past, I have found that this works best when I am trying to create a well-rounded performance, especially one that needs as much attention to detail as this one does.

Where are you from?

Originally from Las Vegas and currently living  in Orange County.

Which Blizzard games are you currently playing?

Hearthstone! All the way! My favorite game of all time. I’ve dabbled in Heroes of the Storm and my dad and I play Diablo together, but Hearthstone has my attention these days.

How have Blizzard’s games inspired your act?

I’ll be portraying Ysera. As I don’t play World of Warcraft, the first time I came into contact with Ysera was when someone played her card in Hearthstone right after I decided to enter the contest. I was enchanted by her and the way her card works; hard to kill without a spell and with several dreamy cards that magically appear in your hand at the end of your turn. I did a little more research on her character in WoW and was fascinated by her eyes. I also thought a dragon would be fitting for aerial and I’m big on creatures so it was a resounding yes. Other options were the Reckless Rocketeer and  Maexxna.

How can your fans find you? 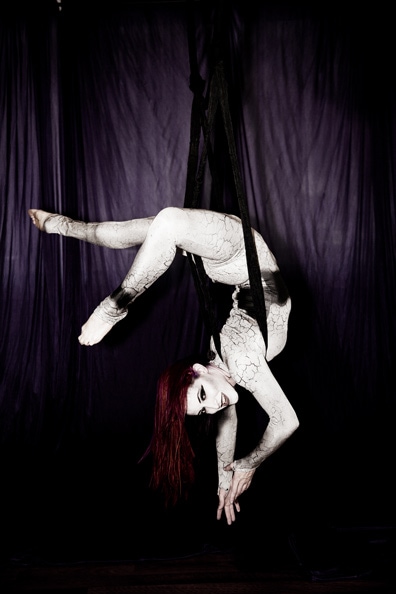