Photos: Our Favorites from the Overwatch World Cup 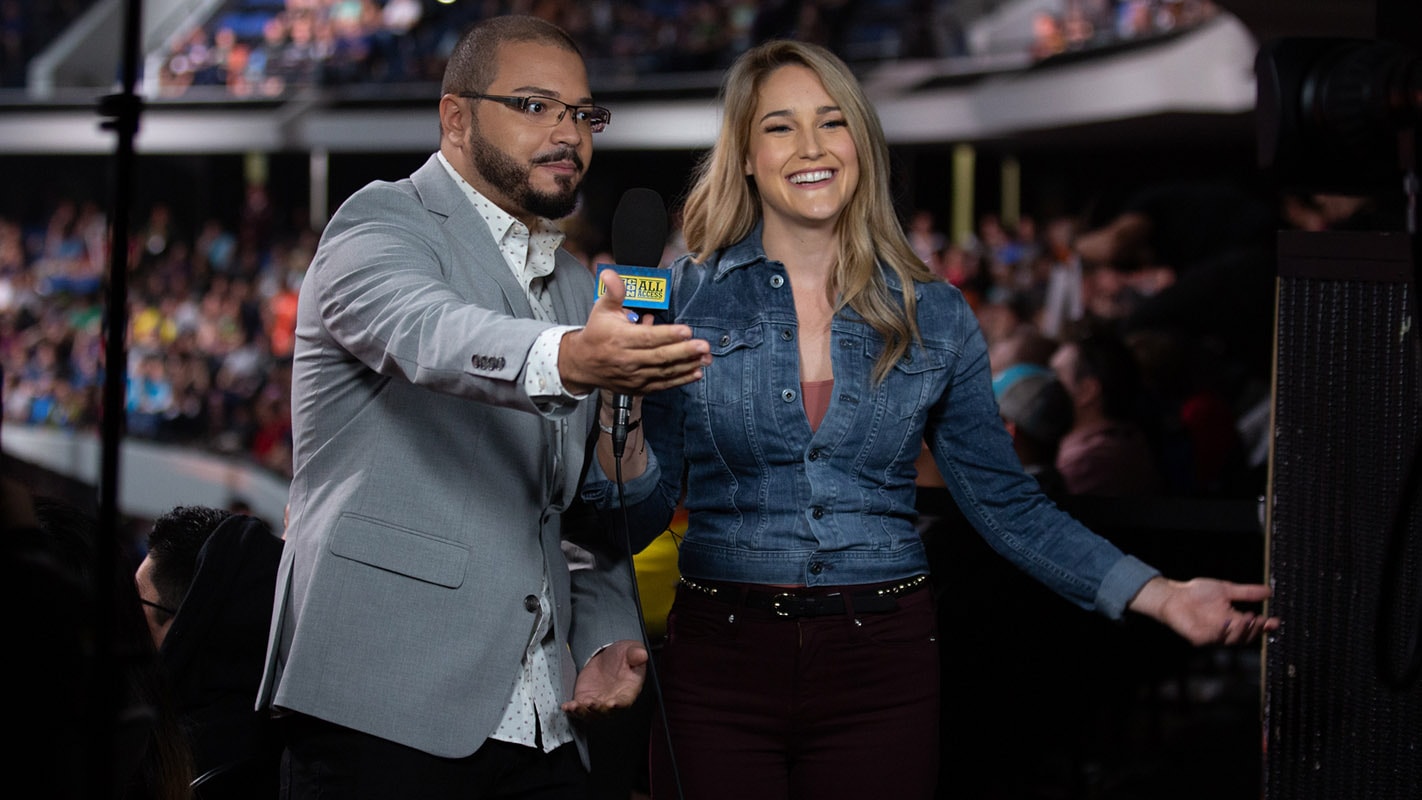 The pairing of Alex “Goldenboy” Mendez and Rachel “Seltzer” Quirico was greeted with strong applause as they addressed the crowd in Overwatch Arena prior to the official start of the BlizzCon game announcements. 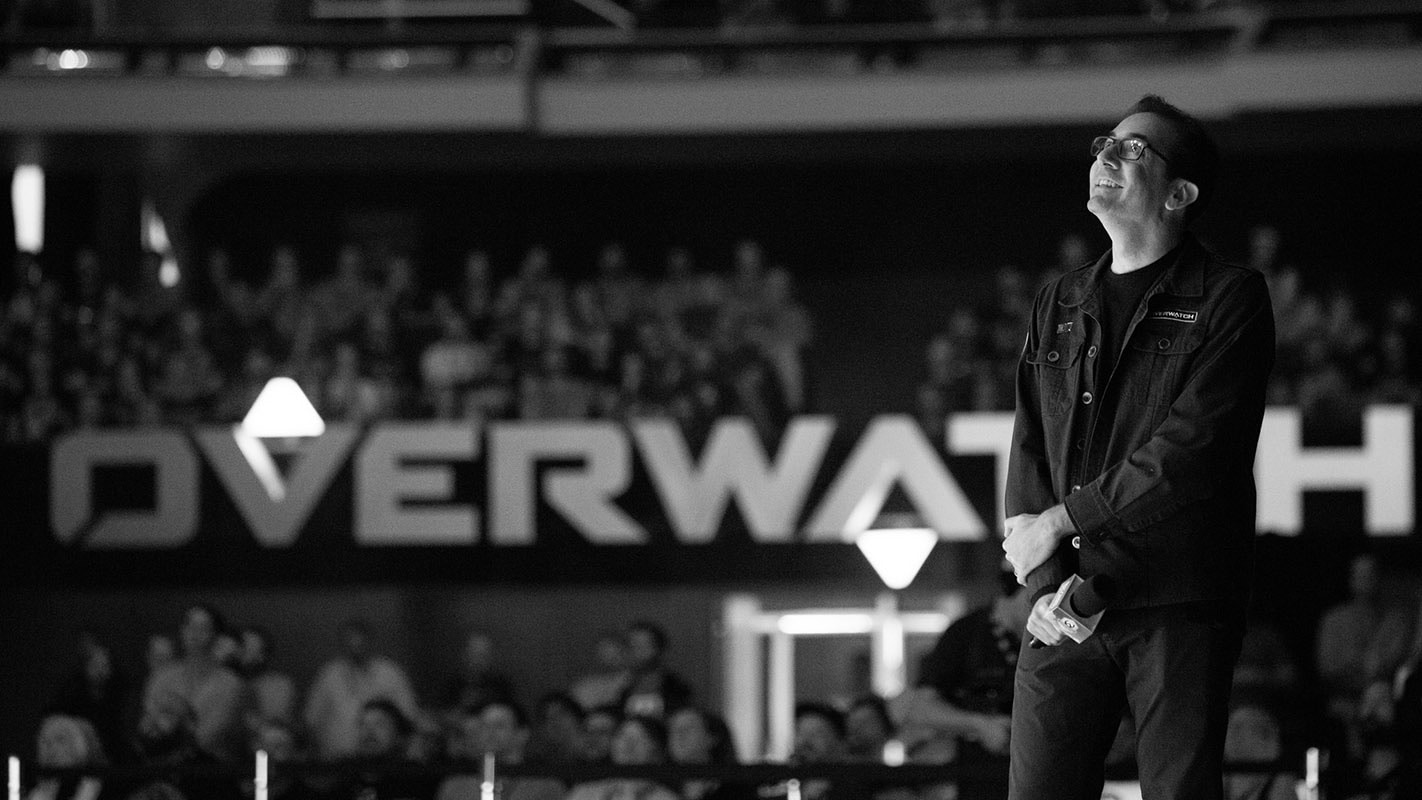 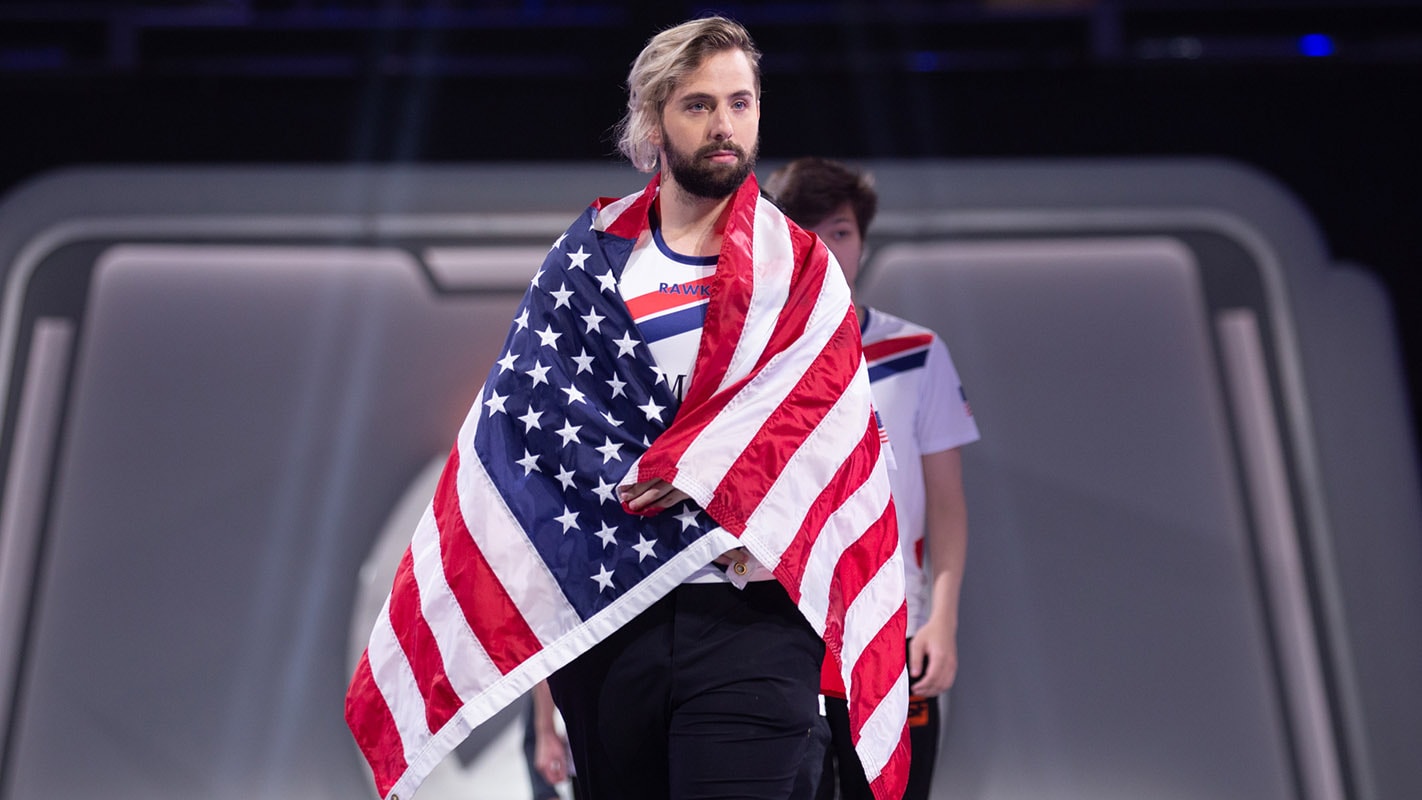 Shane “Rawkus” Flaherty and the rest of Team USA had a large majority of the crowd in their corner, but despite the vocal support the local team fell hard to Team UK 3-1. 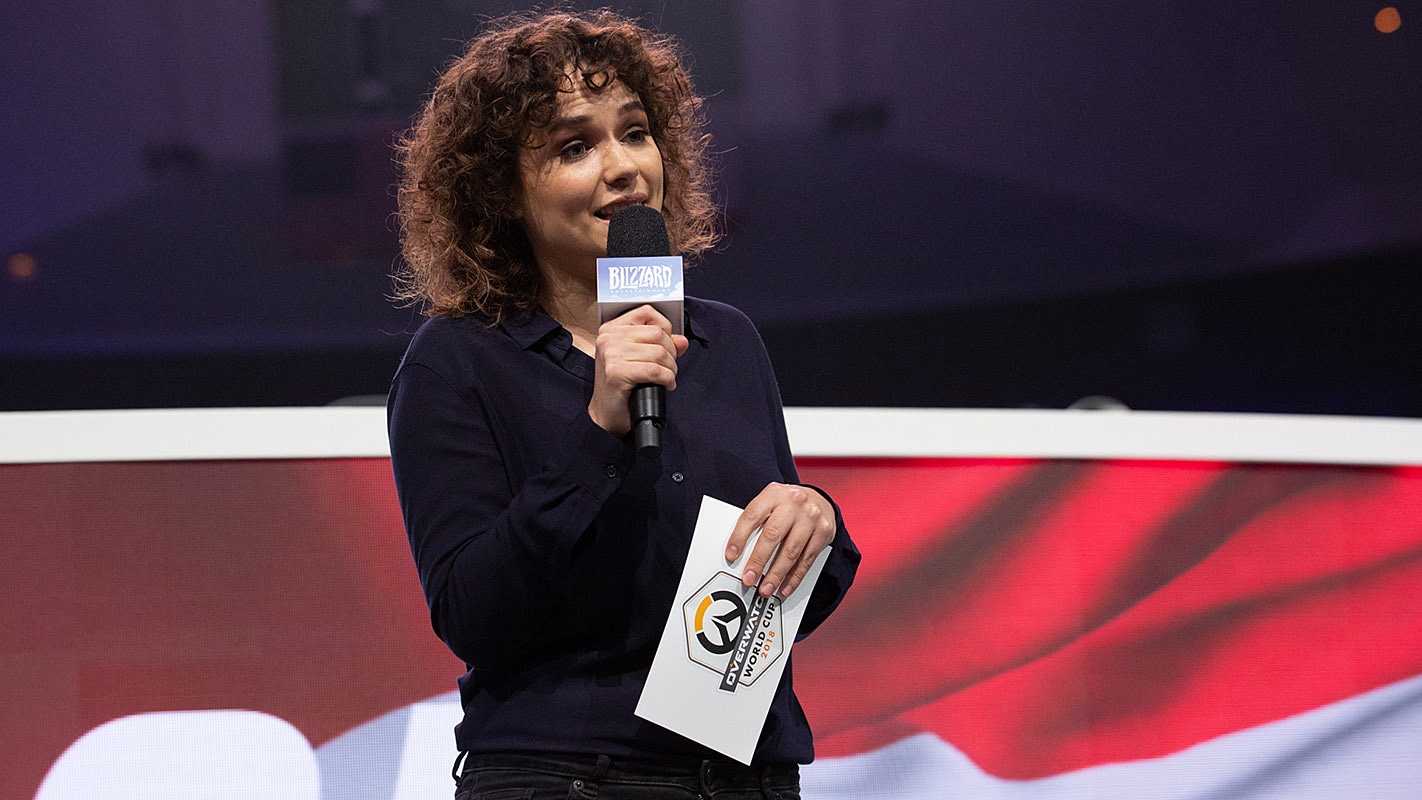 And speaking of the Brits, they broke out the onstage selfie following their triumphant upset. 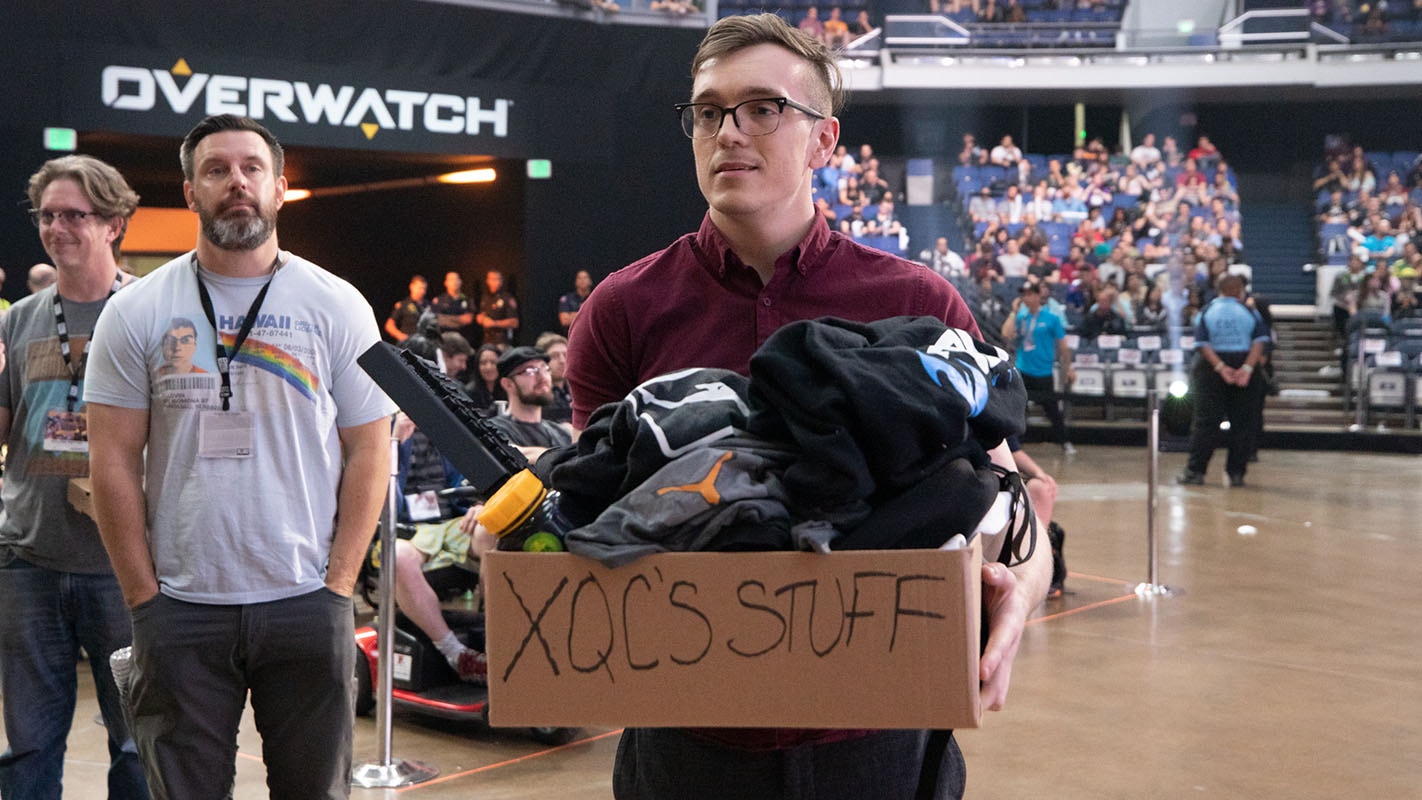 Before Team Canada took the stage, Brennon “Bren” Hook attempted to return some left-behind items to former roommate Félix “xQc” Lengyel. In the end, the contents of the entire box—including a keyboard and HDMI cable—were handed out to lucky fans near the Canada cheering section. 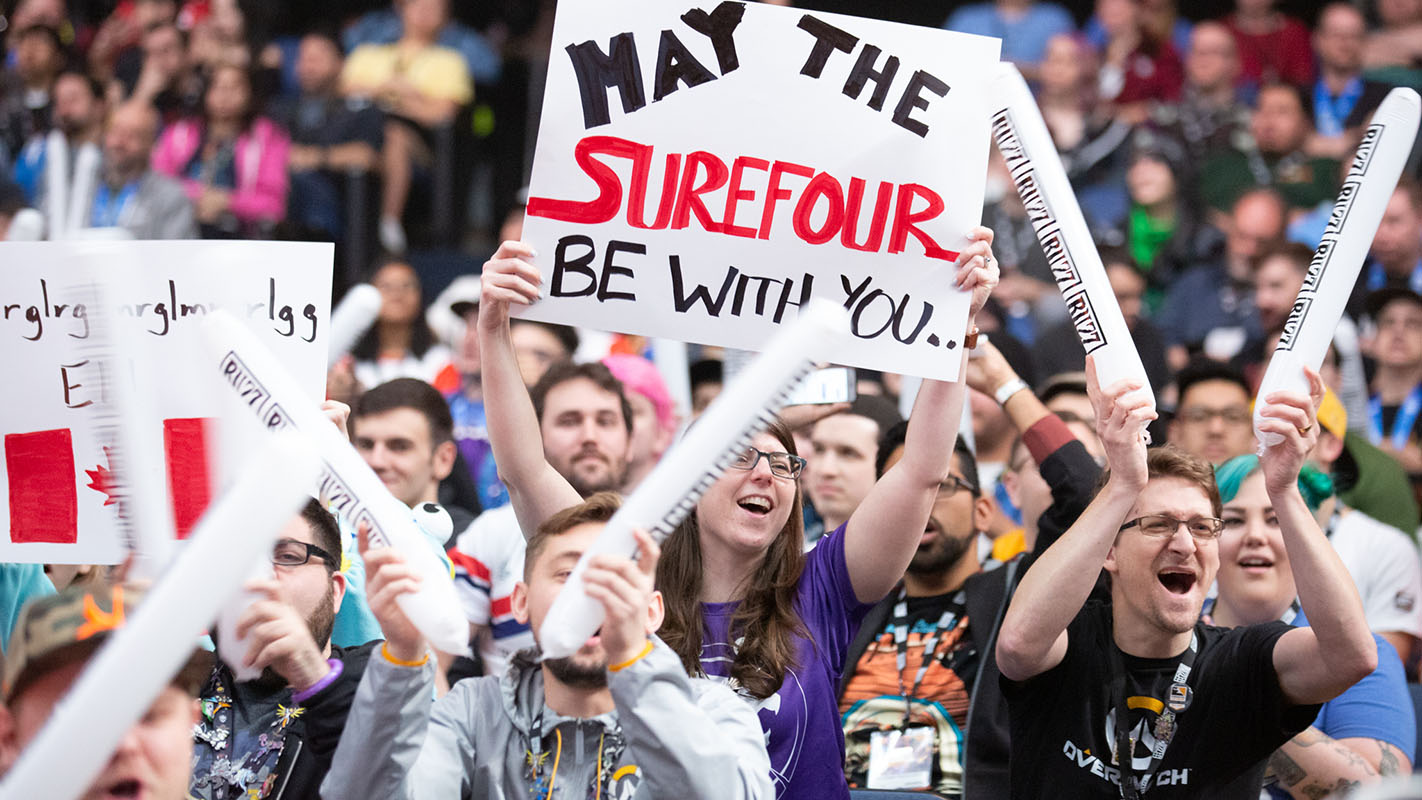 Lane “Surefour” Roberts was indeed with Canada, helping his squad sail past France 3-0. And if Surefour felt any pressure before the match against France, he didn’t show it. 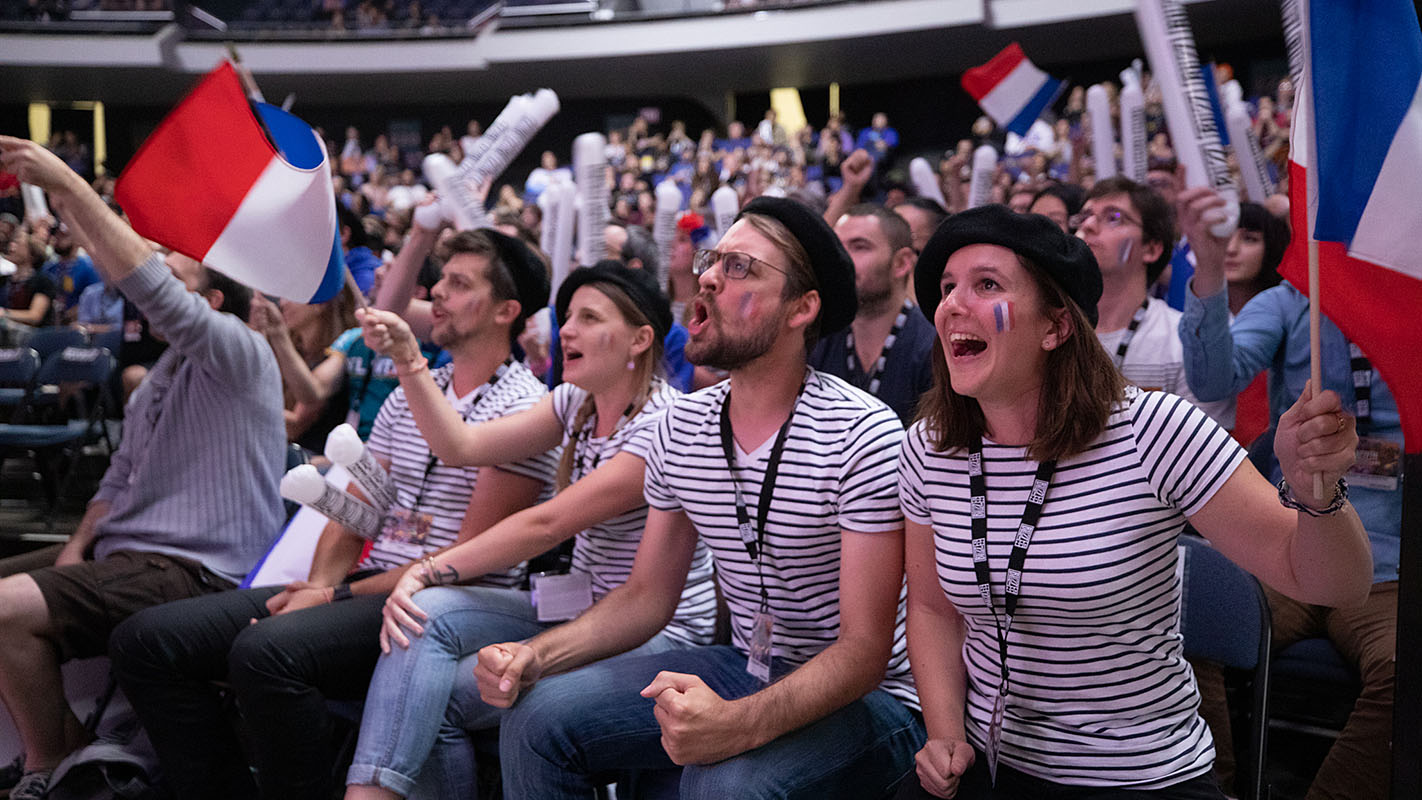 Meanwhile, the fans of Team France remained extremely enthusiastic despite their team’s losing effort against Canada. 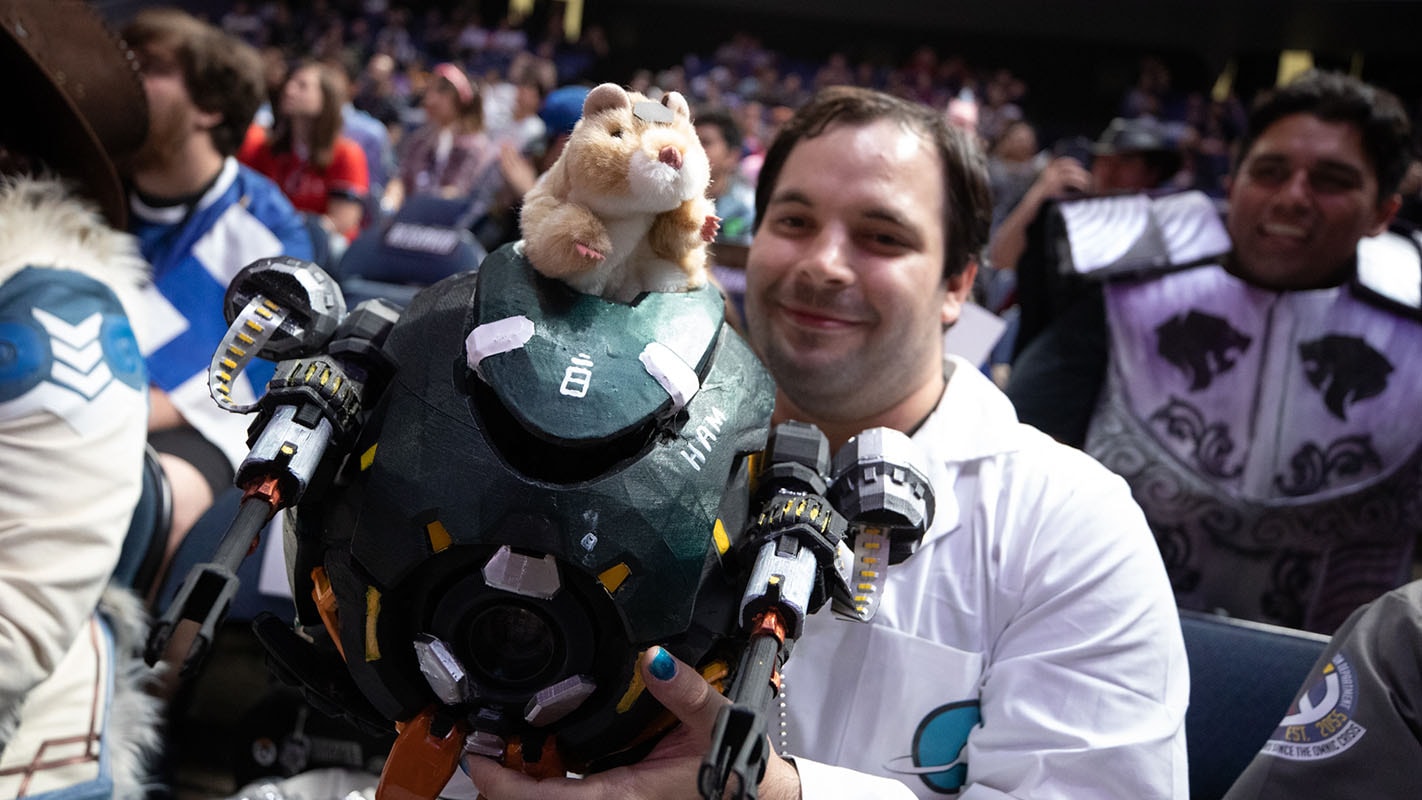 Hammond, the result of scientific experimentation, may have escaped Horizon Lunar Colony, but he was best buds with this scientist taking in some Overwatch World Cup action. Plus, Hammond so cute. 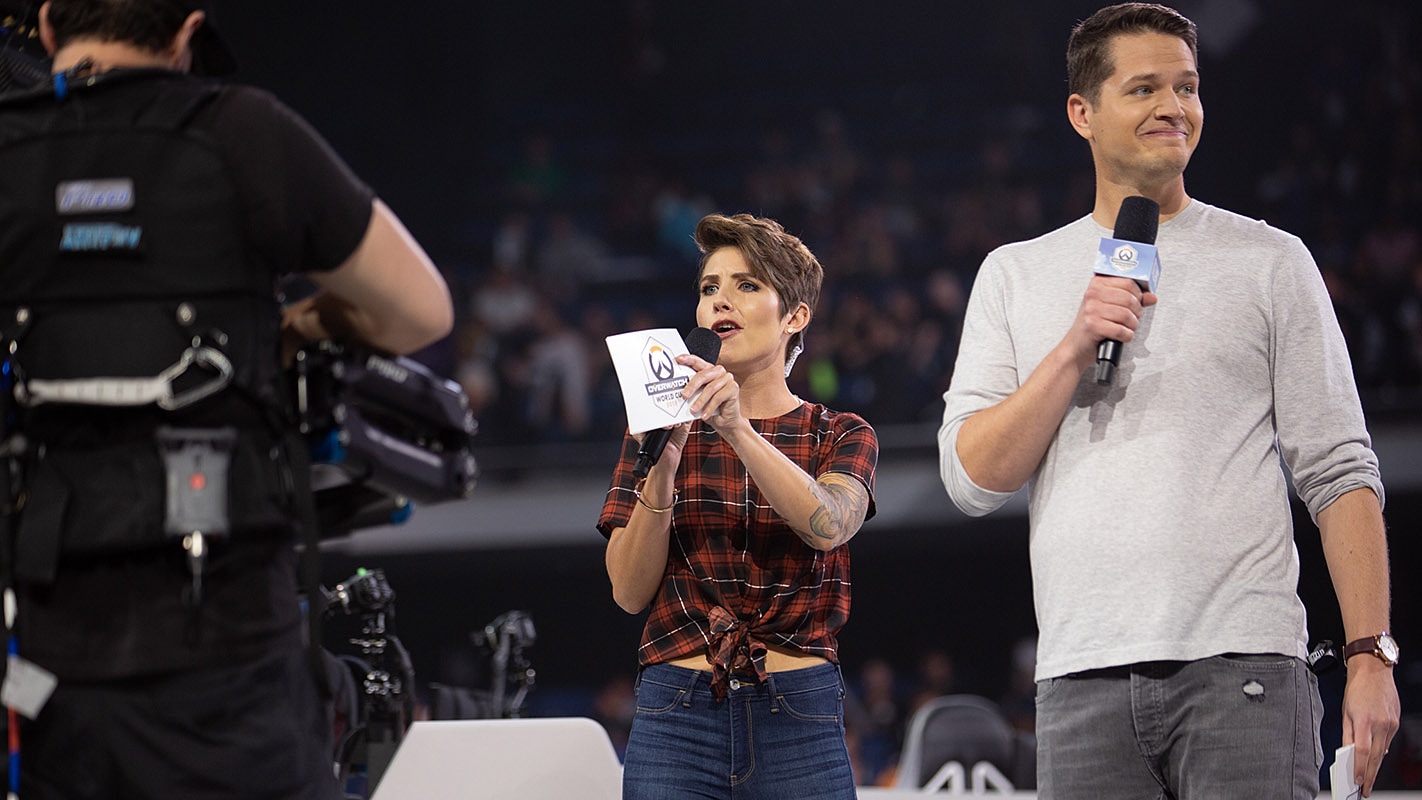 Soe Gschwind and Chris Puckett helped hype the crowd at the start of some matches. 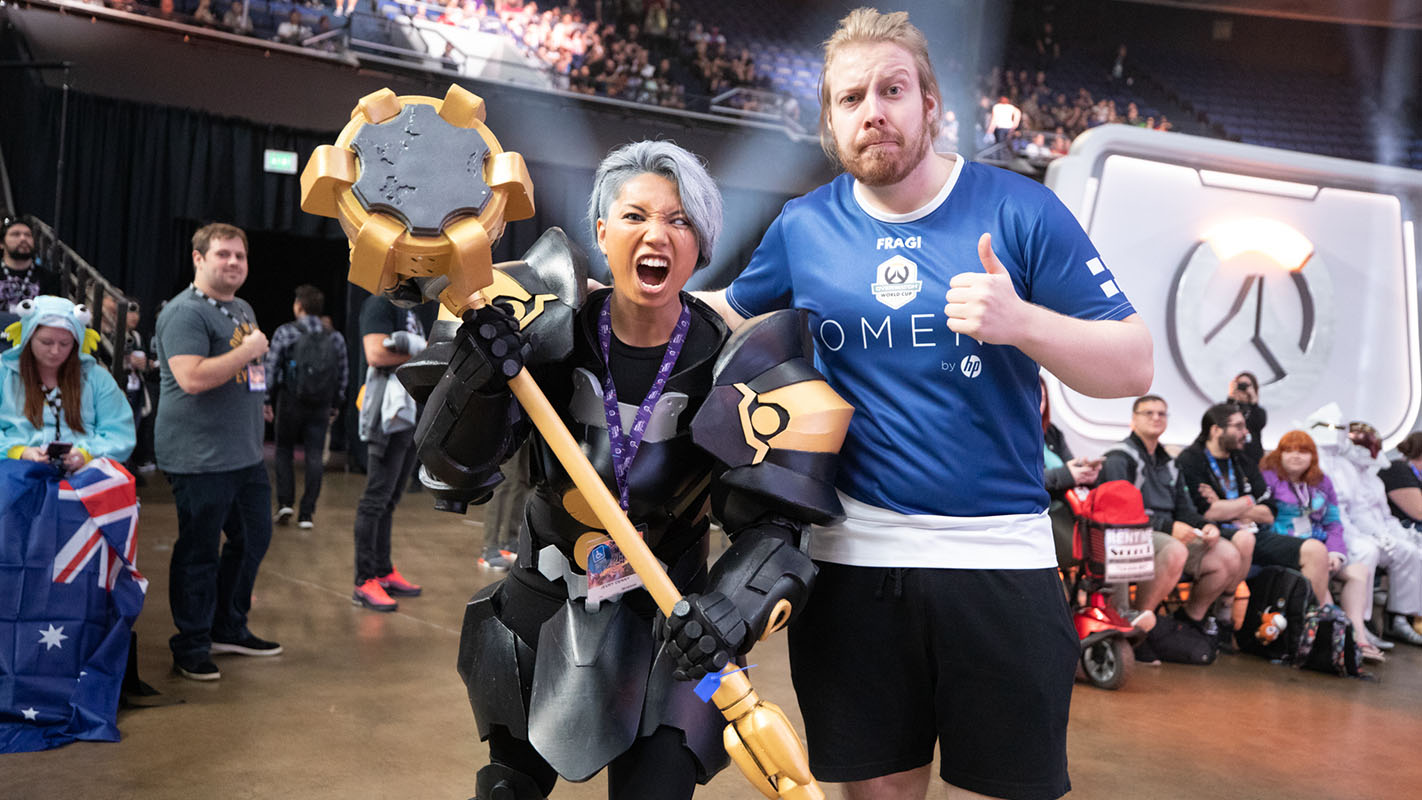 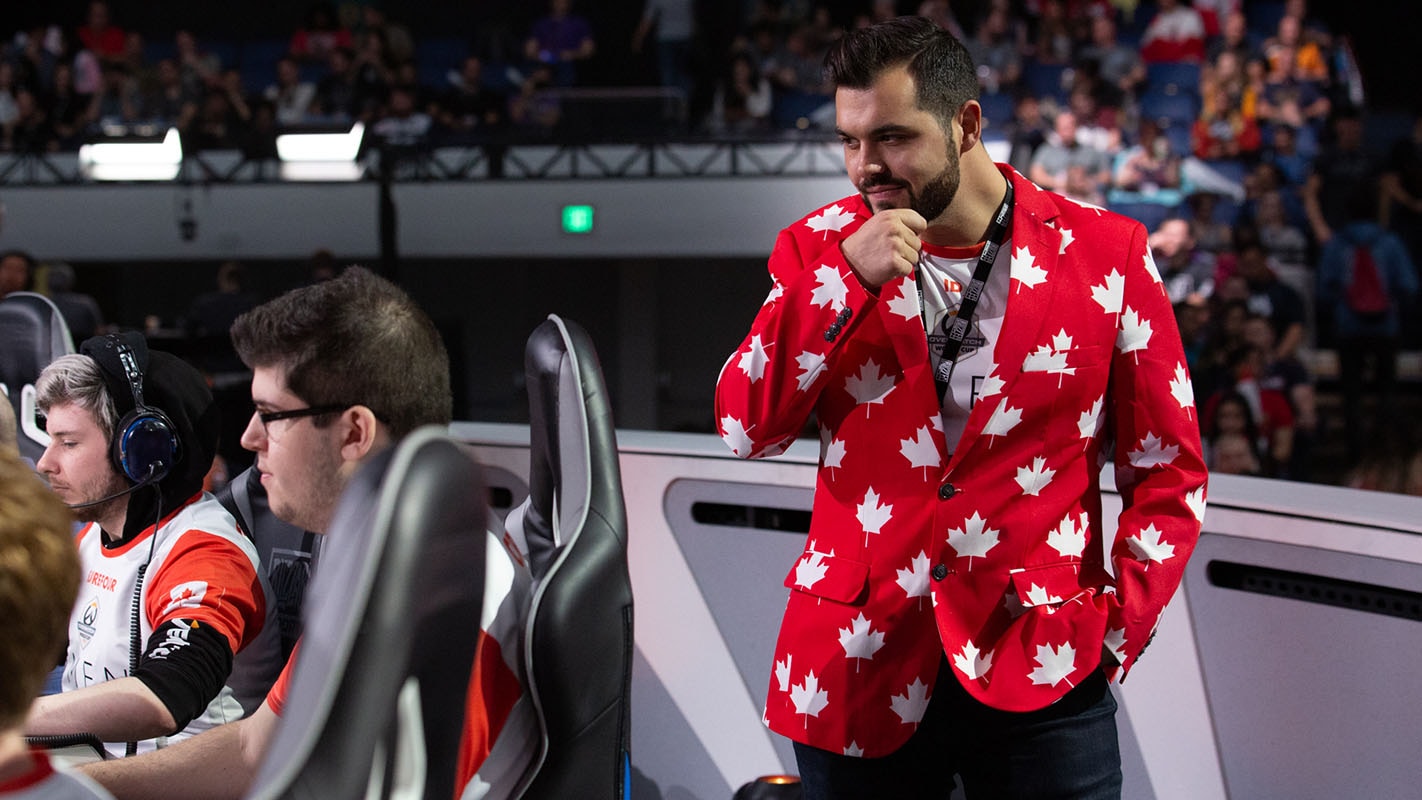 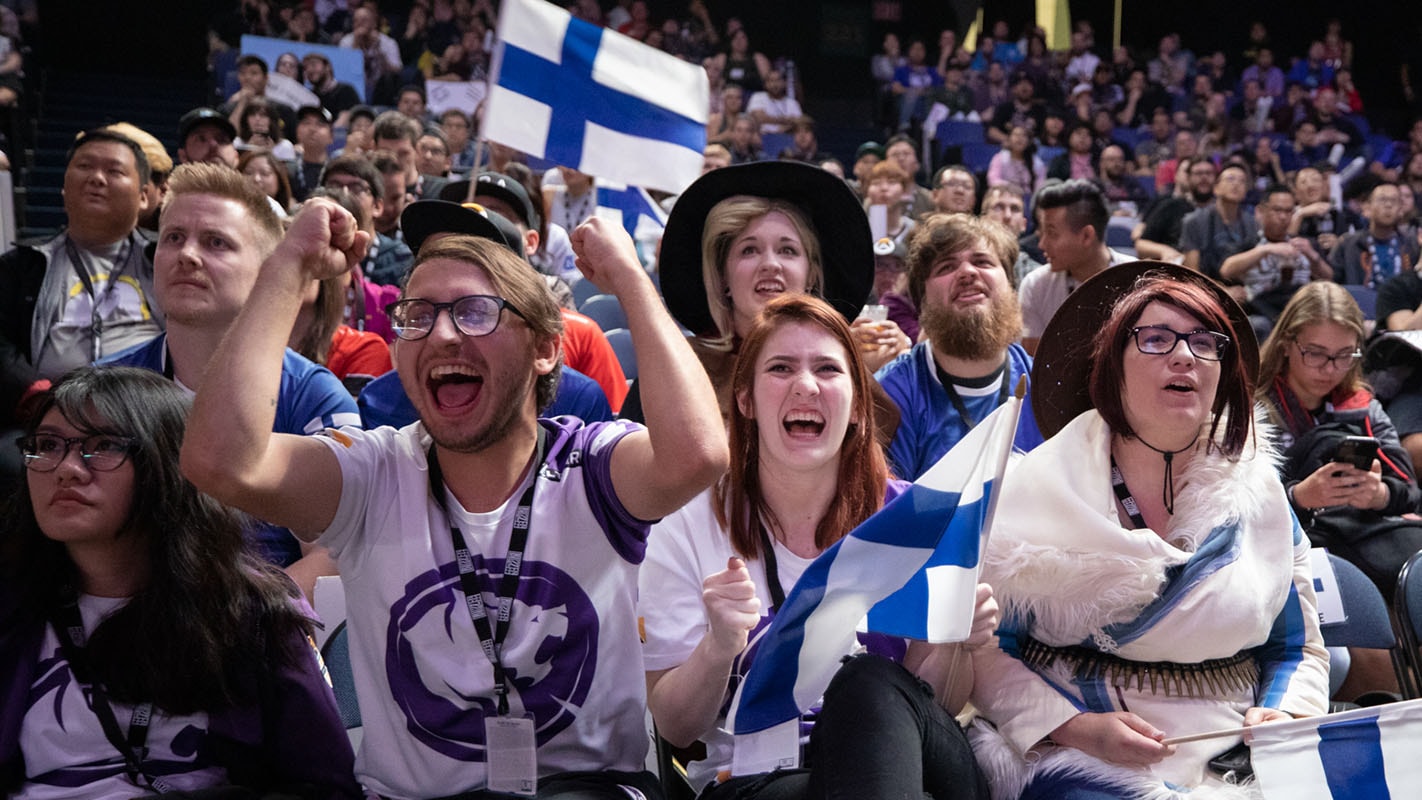 Finland was rolled out of the tournament by China, but the Finnish fans did their best to cheer their squad. 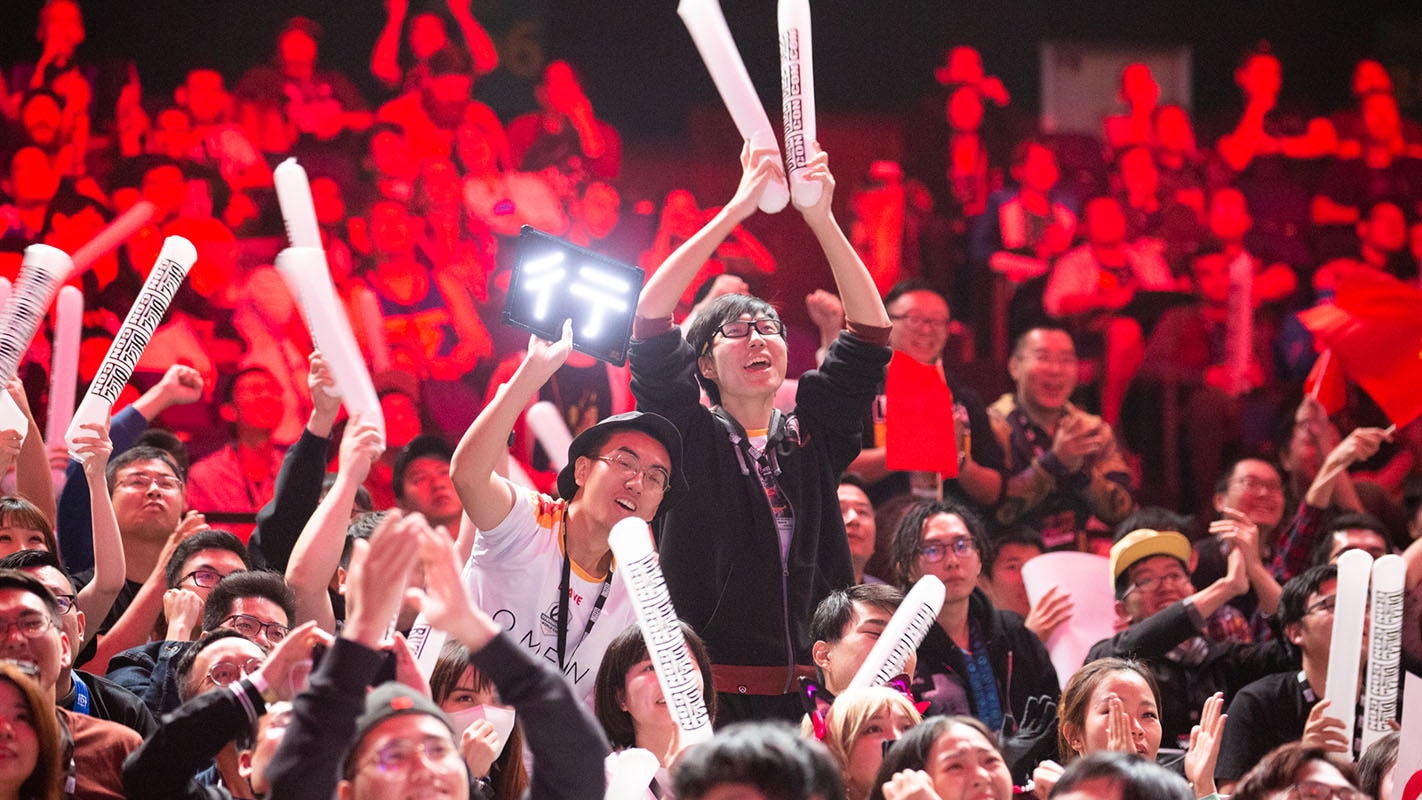 Not to be outdone, China’s fans made their presence known in support of their team’s dominant performance. The first semifinal match of the day pitted Team UK against tournament favorites South Korea. The British fans, still riding high from Friday’s shocker, gave it their all, and so did their lads. 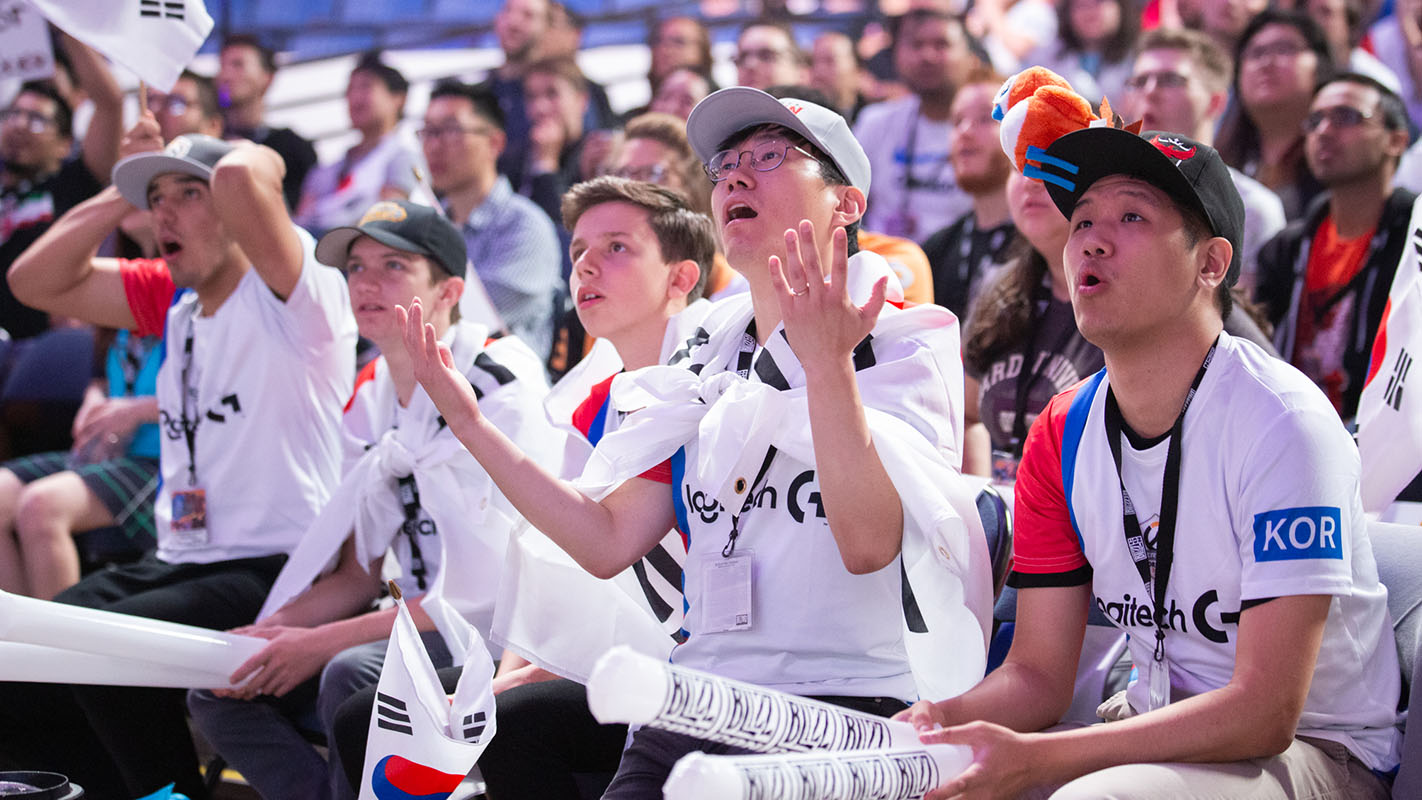 The Brits pushed the Koreans to the brink in a super-competitive 2-0 win that left fans of the two-time World Cup champs on the edge of their seats. 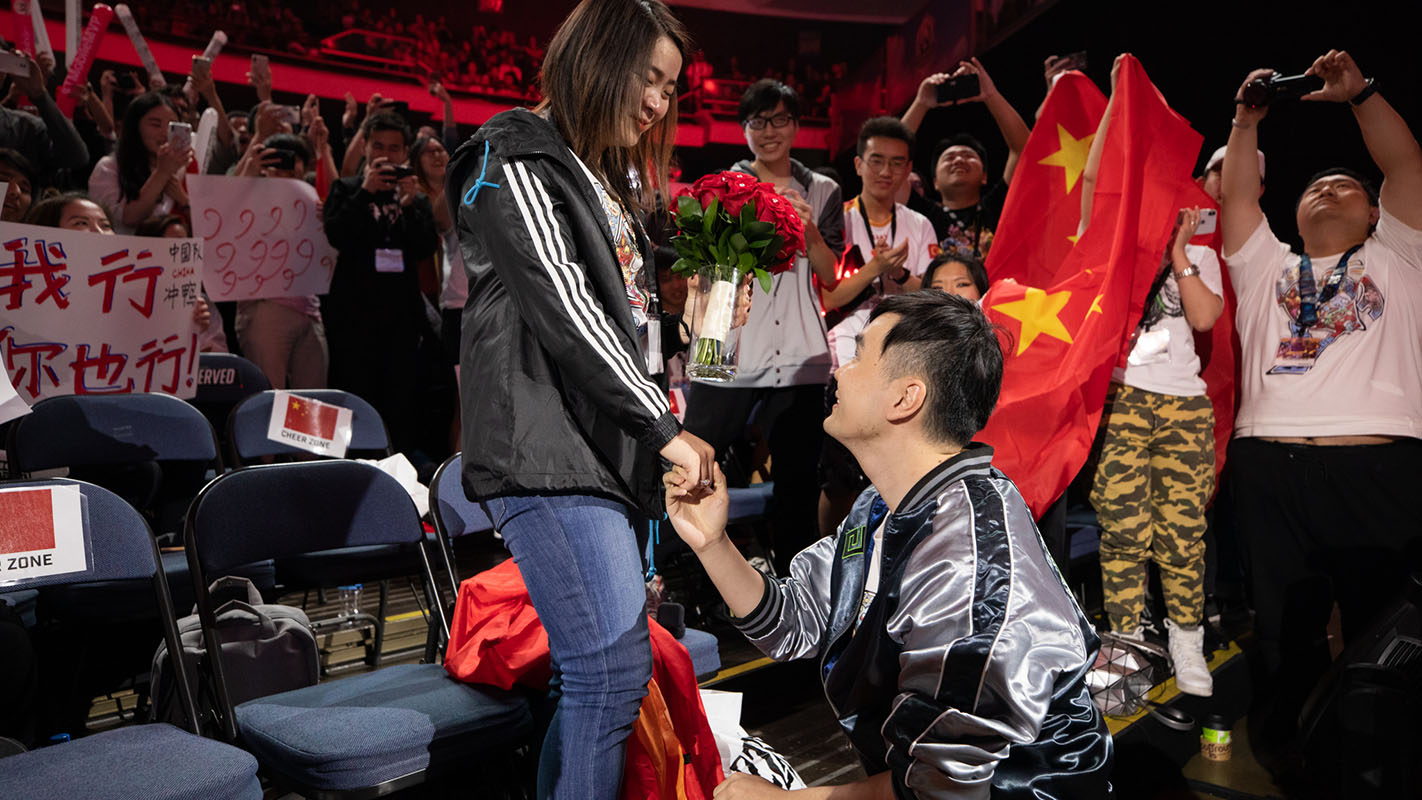 One lucky couple got engaged during China’s semifinal showdown with Canada. She said yes! China went on to demolish Canada 3-0, and after the match flex-DPS Xing “Leave” Huang slid into a smile when he was interviewed by Emily Tang. 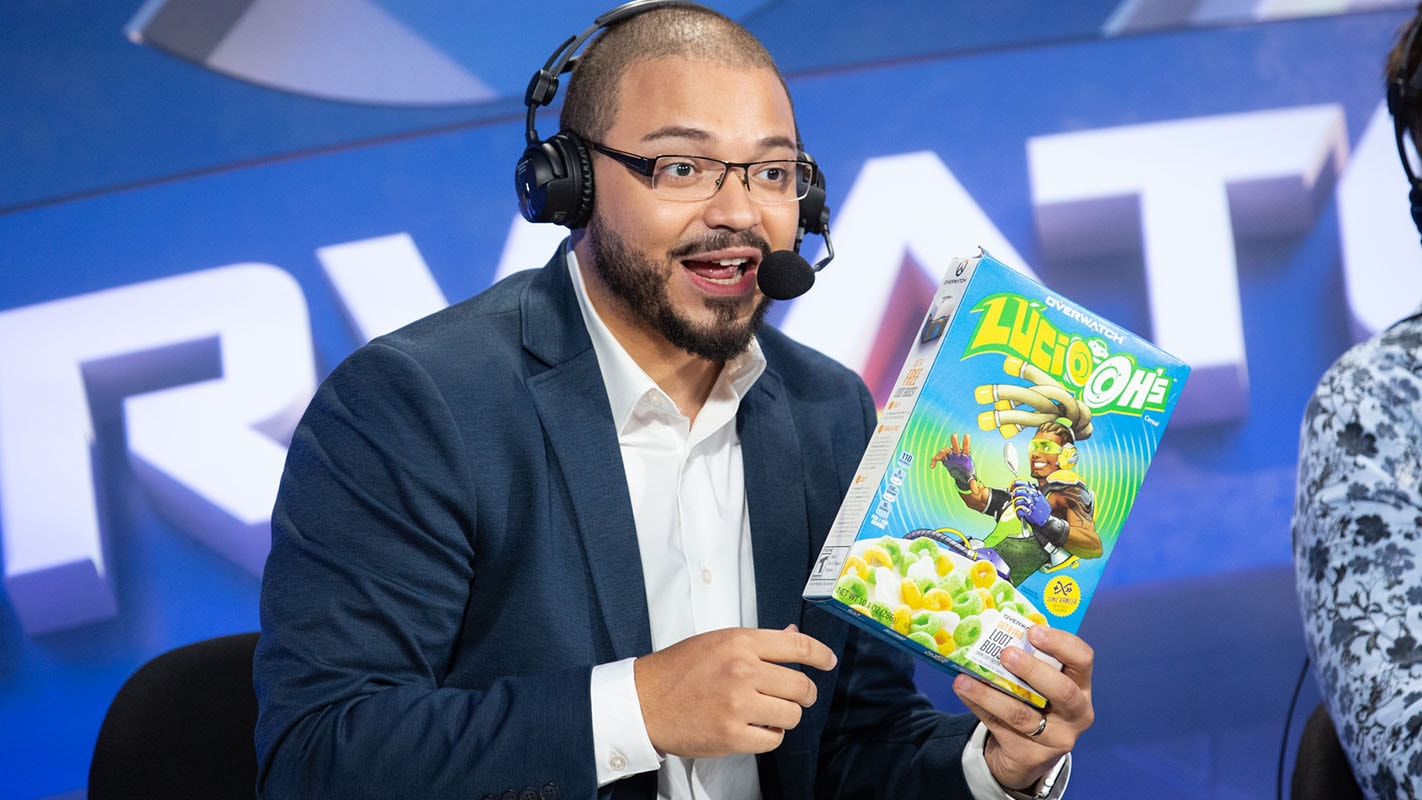 Oh, let’s breakfast down: The newly revealed Lúcio-Oh's cereal were a hot-ticket item at BlizzCon, and a topic of animated conversation on and off the set. 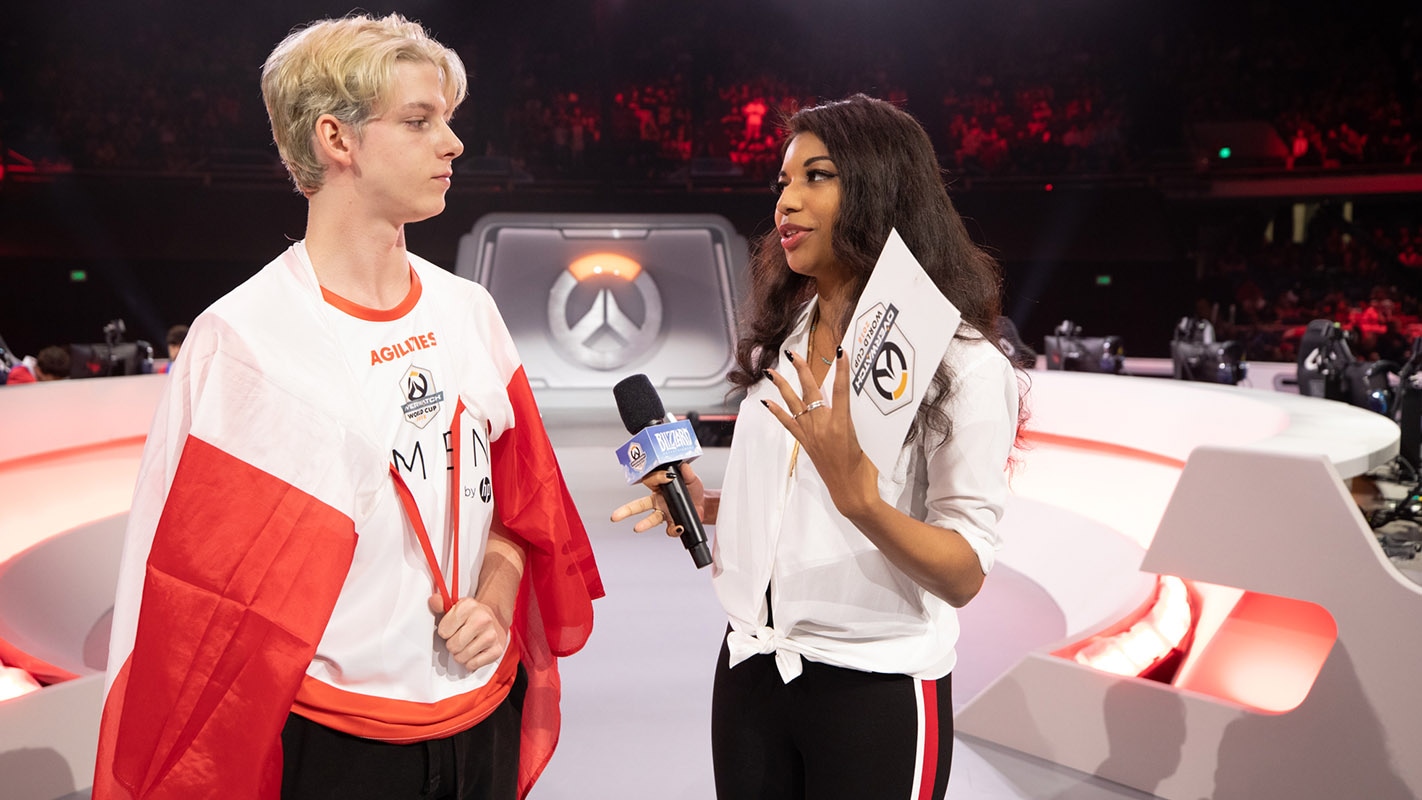 Brady “Agilities” Girardi and the rest of Team Canada took down Team UK in the bronze-medal match. China played brilliantly to reach the gold-medal match but were overwhelmed against South Korea. Still, their silver-medal finish was impressive and a great place to build from moving forward. A jubilant South Korea team celebrated their 4-0 sweep of China amidst a shower of confetti and applause. South Korea’s three-peat at the Overwatch World Cup left no doubt about which country is the best in the world. Seong-Hyun “Jjonak” Bang added to his impressive collection of awards when he was named T-Mobile MVP.

Where to Watch BlizzConline - Day 2 Begins at 12pm PST!

Commemorate 30 Years of Blizzard® Gaming With the Celebration Collection

©2021 Blizzard Entertainment, Inc. All rights reserved.
All trademarks referenced herein are the properties of their respective owners.
Do not sell my personal information