The run for the western teams looked all but over on Saturday morning as Fnatic, a Swedish team with next to no experience against international opponents and who have never won a Regional tournament on their home soil, was tasked with the impossible: taking down MVP Black, the Korean overlords, in a best-of-five series.

Imagine the crowds surprise as Fnatic made the impossible possible. In game 1 on Tomb of the Spider Queen, the Swedes did surprisingly well in the early game, trading evenly without falling behind. It quickly became evident that they possess the capabilities to match MVP Black in terms of team-fighting, as they continued to leave skirmishes with an advantage.

Hope was restored for the west after Fnatic won the first game, but nobody expected them to win the second. On Sky Temple, Fnatic scrambled to achieve an early lead, and traded Temples to maintain their advantage with a triple-global composition featuring some next-level Dehaka play. The game ended with a climactic boss attempt by Fnatic that was seemingly secured with a Gust by Dob "Quackniix" Engström until Muradin, played by MVP Black’s Ji Hoon "Sign" Yoon, jumped onto the point. However, he was promptly dragged off thanks to some quick work from Jonathan "Wubby" Gunnarsson on Dehaka—one of the standout sleeper Heroes of the Fall Championship.

Two games down in this best-of-five, MVP Black pushed back. Taking a very convincing Battleground on Towers of Doom using a strategy centered around Medivh and Abathur that made rotations problematic for Fnatic. However, in the fourth and final game of the series on Braxis Holdout, Fnatic struck back. The Swedish team showed world class skill, using Medivh to their advantage and performing awe-inspiring combos set up by Medivh’s Ley Line Seal heroic, and following up with E.T.C.’s Mosh Pit and Jaina’s Ring of Frost. After each and every pick, Fnatic pushed their advantage by channeling the beacons and building their massive Zerg Wave. This was a stomp. Fnatic ended the game with a two-level lead, propelling themselves over MVP Black into the grand finals. 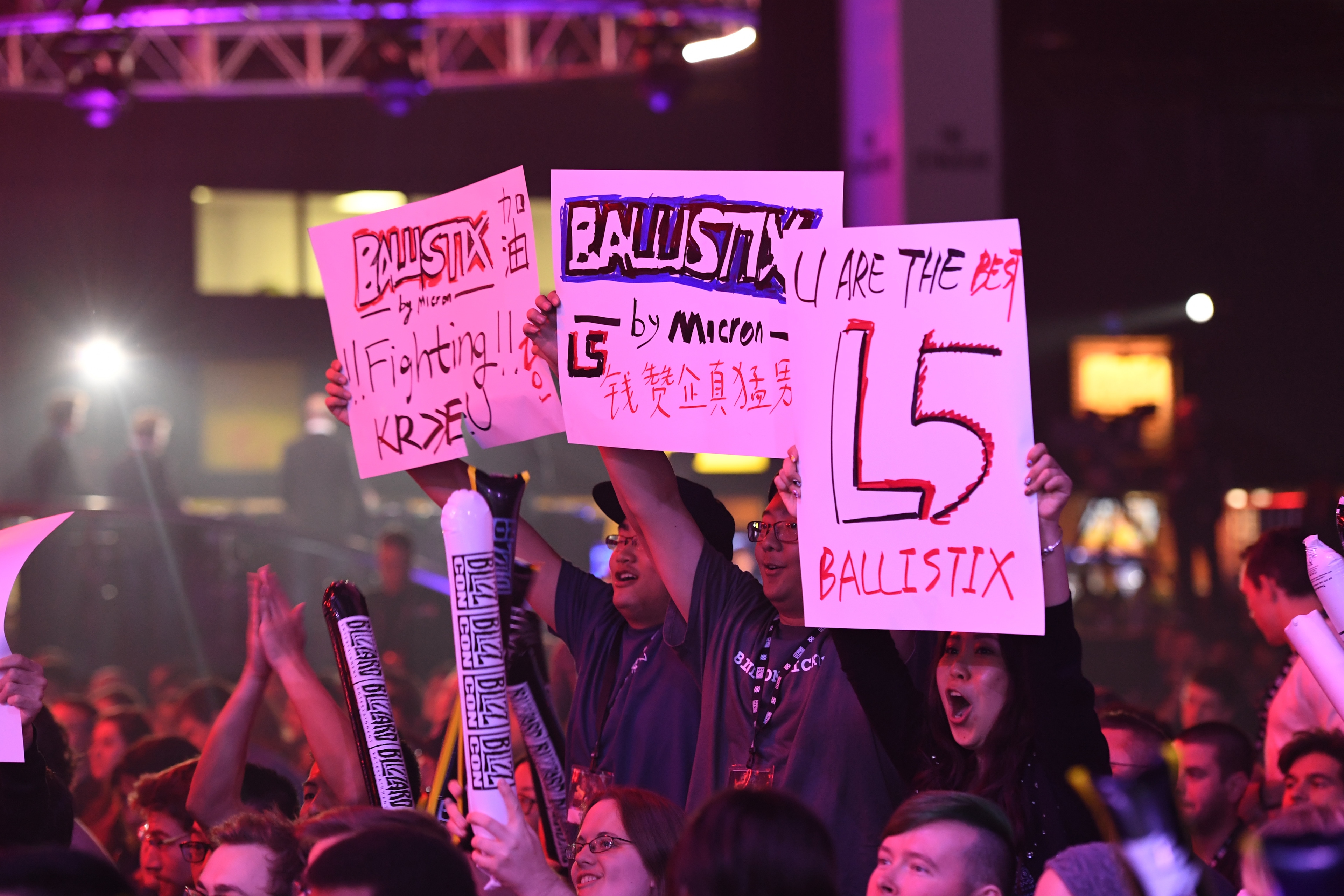 Right off the bat in game 1, things were looking tricky for Dignitas to follow in the footsteps of their regional brethren. Ballistix defeated them handily in game one on Dragon Shire, and second map was every bit as brutal as the Koreans demonstrated exactly why they’re known for their strategy on Battlefield of Eternity. Jeong Ha "Jeongha" Lee’s devastating Alarak proved ban-worthy by the time Fnatic’s Core fell.

In game 3 on Infernal Shrines, Dignitas flipped the switch. With Illidan on the side of Ballistix, Dignitas opted to enlist the help of Lili as support to utilize her blinds against the demon hunter. After such incredibly one-sided games leading up to this, the crowd went wild as Dignitas won engagement after engagement to keep themselves in the series. However, in the fourth game on Tomb of the Spider Queen, Ballistix pulled ahead early thanks to a few unfortunate picks. After level 10, the blowup potential of Ballistix hit a major spike. Dignitas’s hopes of taking home the trophy were extinguished by the Korean super team, as Do Joon "Noblesse" Chae landed many multiple-hero Mosh Pits to secure their birth into the grand finals. And so the stage was set for a final best-of-five between Ballistix, the young world favorites from Korea, and Fnatic, the underdogs from Europe.

Fnatic controlled and dictated the pace on the first Battleground, Tomb of the Spider Queen. After the first turn in, they moved to begin isolating enemy Heroes after level 10. However, after multiple team fights that went the way of Ballistix, Fnatic found themselves down two levels at seventeen minutes in, and unable to defend their Core against an aggressive front line. 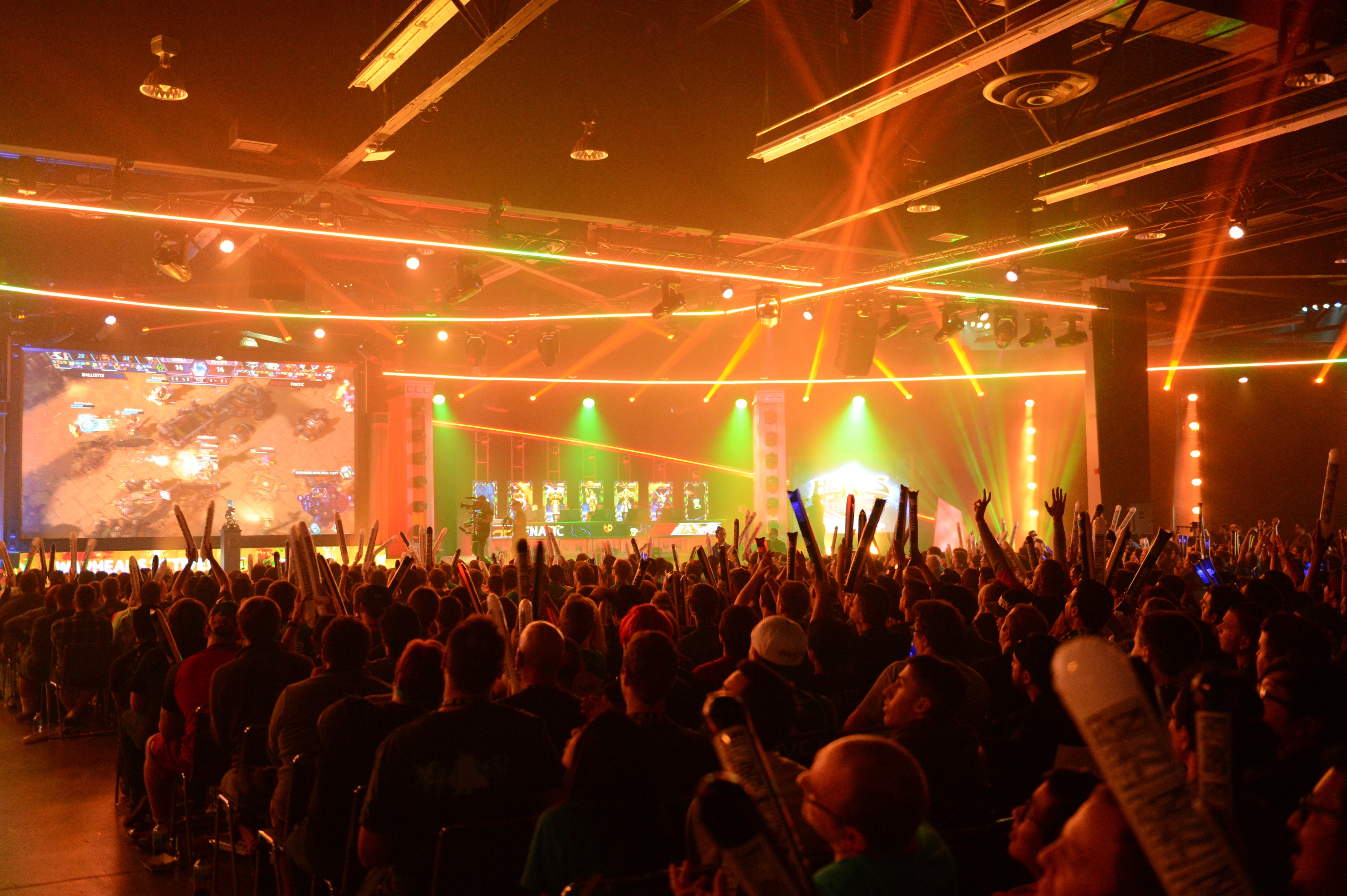 Game 2 on Sky Temple was a barn burner. Some of the highest-level Heroes of the Storm play was on display as fights raged on for minutes at a time. Fnatic scored an early boss, but Ballistix executed a combo between Zeratul’s Void Prism and Malfurion’s Twilight Dream that destroyed Fnatic’s back line and led to a jarring early finish. The next map up was Warhead Junction. Fnatic’s Tracer pick looked weak in the early game against their opponents’ double-tank composition. However, after a whirlwind of a fight on top boss where multiple nukes were deployed by both teams, Fnatic was able to dance out an extremely long team fight and wipe Ballistix before heading for the Core.

In the final match of the night, the Koreans asserted their dominance on their favorite Battleground, Towers of Doom. Fnatic opted for a poke strategy centered around protecting Sergeant Hammer. However, every time Hammer sieged up, Ballistix promptly dished out all their damage onto the specialist. Ballistix handily won the post-level-10 team fights, and channeled the final shots to Fnatic’s Core to take home the BlizzCon trophy.

Congratulations to Ballistix Gaming, your 2016 Heroes of the Storm Fall Champions.