You can still join us from home by purchasing a BlizzCon Virtual Ticket, which grants access to two days of live HD coverage and unlocks this year’s lineup of commemorative in-game goodies. DIRECTV customers in the U.S. can also order BlizzCon as a Pay Per View event and get a Virtual Ticket as part of the package.

We’re gearing up to provide you with two days of unforgettably epic entertainment, and as always, BlizzCon 2014 wouldn’t be possible without the enthusiasm of our players around the world. We’d also like to thank this year’s sponsors—Intel, NVIDIA, DIRECTV, SteelSeries, Gigabyte, Rosewill, Razer, and Turtle Beach—for their generous support providing demo-station hardware, peripherals, and more. 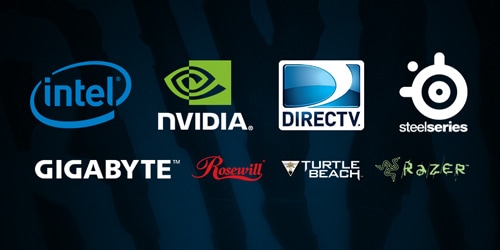 Two Days of Epic Entertainment
Wondering where to begin your BlizzCon quest? Snag the BlizzCon Guide app for iOS or Android to help you plan your day, and check out the complete schedule and map on our website. We know there’s a wide array of activities competing for your attention—here are just a few events that you won’t want to miss:

Opening Ceremony
The action kicks off Friday at 11 a.m. PT on the Main Stage. Be there for the start of the celebration and hear the latest news about your favorite Blizzard games—streamed live for free at www.blizzcon.com.

Developer Panels
Join the developers for in-depth discussions and Q&A on World of Warcraft, StarCraft II, Diablo III, Hearthstone, and Heroes of the Storm. Snag a Virtual Ticket to see all of the panels on the Main Stage and Panel Stage both days of the show.

Closing Ceremony—Metallica Live In Concert
This year’s closing ceremony concludes with a showstopping live performance by Metallica—an epic epilogue to two days of awesome Blizzard gaming and eSports action. Watch live with the Virtual Ticket on Saturday from 6:30pm–9pm on the Main Stage.

Hearthstone World Championship
Get ready for the biggest Hearthstone showdown of the year! Top card-slingers from the Americas, Europe, China, Korea, and Taiwan have dueled their way to the top of the deck. Watch the Championships unfold beginning on Friday at 9:45am, then catch the final match on Saturday at 1pm. Find out where to watch free live streams.

StarCraft II World Championship Series Global Finals
A year’s worth of WCS action culminates at BlizzCon! Head to the Arena for two days of the most intense StarCraft II eSports on the planet; and you won’t want to miss the Grand Final match on Saturday at 4pm. Tickets to attend the WCS Global Finals in person are still available here. Find out where to watch free live streams.

World of Warcraft Arena World Championship
Find out which of the top 8 three-player teams from the Americas, Asia, and Europe will take the World Champion title. The action begins Friday at 11:45am and wraps with the final showdown on Saturday at 12pm. Find out where to watch free live streams.

Heroes of the Storm BlizzCon Brawl and Exhibition Tournament
Get ready for the BlizzCon Brawl, a frenzied mash-up featuring some of your favorite YouTube personalities on Friday at 5pm. Then watch Cloud9, Evil Geniuses, Fnatic, and Team Liquid Heroes teams compete over the course of two days in the first official Heroes of the Storm Exhibition Tournament (finals start on Saturday at 2pm). Find out where to watch free live streams.

On-Site Activities
Attending in person? Watch Blizzard illustrators, sculptors, and animators in action at the Artists Stage; meet the people who give a voice to your favorite characters and creatures at the Voice Actor Stage; head to the Community Corner to chat with community managers and developers. Scout the map and check the schedule for locations and times.

…And Tons More
When you’re not catching a scheduled event, the show floor is filled with exhibitor booths, developer signing areas, art exhibits, and—of course—opportunities to get your hands on the latest Blizzard games. Check out the complete schedule and map on our website and chart your course!