The 2017 StarCraft II World Championship Series is now underway, and we’re excited to announce that the Global Finals will culminate at BlizzCon, taking place November 3–4 at the Anaheim Convention Center! Here’s the full breakdown of this year’s WCS program.

The World Championship Series (WCS) highlights and supports the best StarCraft II players in the world. In Korea, AfreecaTV will continue running the Global StarCraft II League (GSL) as well as weekend tournaments. These seasons and tournaments are scheduled consistently throughout the year and represent some of the highest level play in the world, so make sure to follow the GSL channel on Twitch or watch the games and follow the brackets right here on the WCS website.

For the rest of the world’s competitors, the WCS Circuit continues with four championship events to seed the top players directly into the year-end WCS Global Finals. Players qualify for these events via open brackets or regional challenger events, and ladder qualifications are also possible in certain regions. WCS Circuit players have a wide range of styles and strategies, and it’s always interesting to see how Circuit players and GSL players differ in professional StarCraft II. 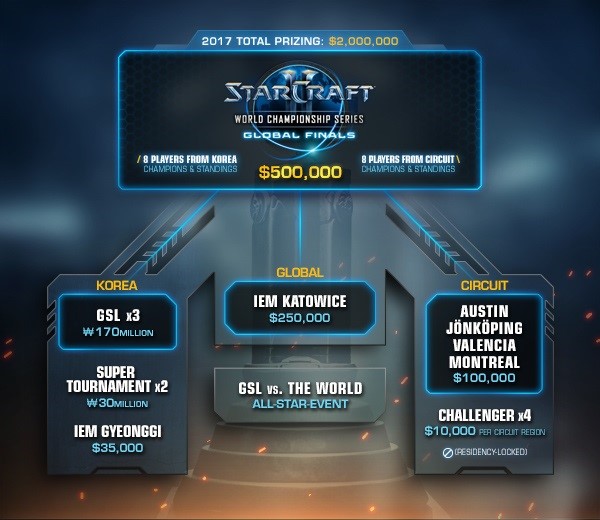 IEM Katowice – As the yearly flagship event from ESL, IEM Katowice in Poland presents an early opportunity for Korean and Circuit players to size each other up. As one of the world’s largest esports events, it will also host the widest range of StarCraft II pro players for the year. This massive tournament will see 76 players meet in high-level competition from all regions, and it’ll provide the largest array of games to watch and players to cheer for. And like GSL championships and WCS Circuit event titles, the winner of this event gets seeded directly into the WCS Global Finals. 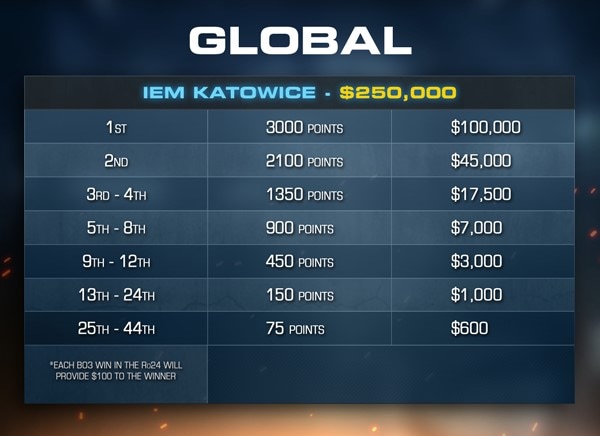 GSL vs. the World – Mid-year in Korea, we will host a very special all-star event for your favorite Circuit and Korean pros to compete against one another. Stay tuned for details on the selection process and the structure of the event.

WCS Global Finals – No year of StarCraft II esports is complete without an exciting year-end world championship. We collect the year’s champions and top performers to battle it out and see who can come out on top in the WCS Grand Final. The Global Finals are the most exciting and anticipated event in the WCS calendar, so make sure you don’t miss it!

With three seasons running throughout the year, plus weekend events like IEM Gyeonggi and two additional AfreecaTV Super Tournaments to run in between seasons, you can expect a more regular stream of StarCraft II esports out of Korea.

Four WCS events will run at DreamHack stops: Austin, Summer, Valencia, and Montreal. Winners of these events qualify to the WCS Global Finals, and players will also earn WCS points from competing in these events as well as in regional Challenger tournaments.

European and North American ladder and regional Challenger tournaments will be the only way to guarantee one of the 16 spots at a Circuit event. These tournaments will take place in the weeks before each DreamHack event. 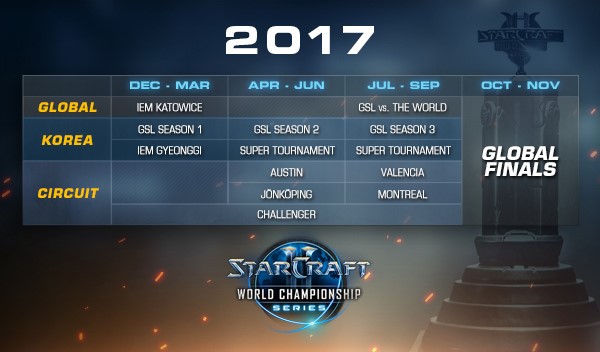 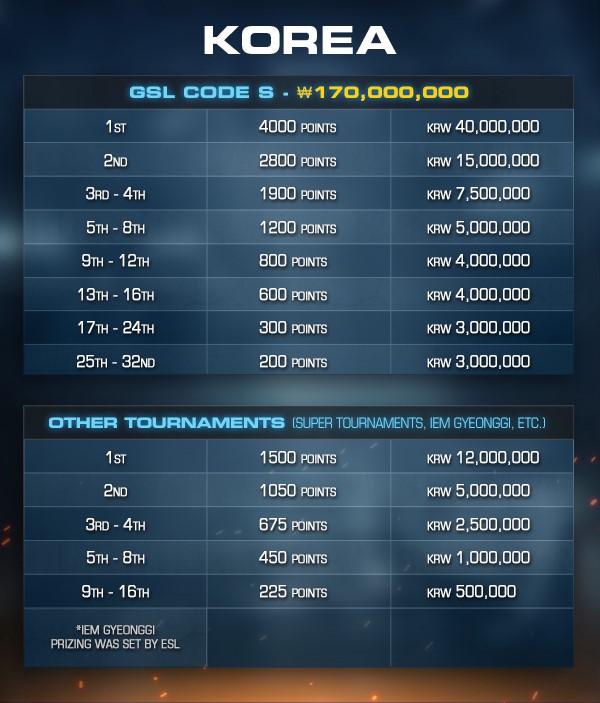 WCS Korea is open to all players globally, and we expect that it will continue to represent the most competitive region, where only the very best players will compete. The majority of sanctioned events will take place within Korea.

The three GSL season champions and the top players from the WCS Korea Standings will get direct slots into the WCS Global Finals at the end of the year, for a total of eight players from WCS Korea. 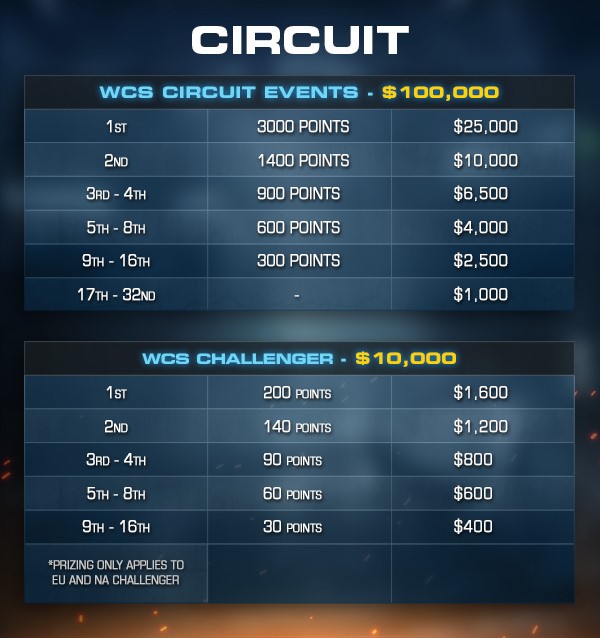 The core of the WCS Circuit are four championship events, hosted by DreamHack. These events will take place in Austin, USA; Jönköping, Sweden; Valencia, Spain; and Montreal, Canada. For NA and EU players, the first stop to qualification for these events will be online cups or the ladder. High performance there will feed into Challenger Finals, where top performers will earn prize money and a chance at a qualifying spot in the associated DreamHack event. Qualification methods for the other regions (LATAM, CN, TW, ANZ/SEA) may vary per region.

The champions of the four official WCS Circuit events and the top players from the WCS Circuit Standings will earn spots at the WCS Global Finals.

An Update on BlizzCon

Saralyn Smith, executive producer of BlizzCon, shares an update regarding the convention.